Here is an excerpt from my new upcoming documentary Lyrical Empire: Hip hop in Metro Manila. In the clip, Tracer One (Butch Velez) and Type Slickk (Johnny Luna) of the legendary hip hop group Masta Plann talk about their big breakthrough in the Philippines music industry with their hit "Bring Dat Booty." (Sorry for the poor visual quality)

These Southern California natives (the group is bigger with the other members from the Philippines and Johnny Krush from San Francisco) are attributed for having brought the "four elements" of hip hop culture to the Philippines around 1992, bringing in a greater breadth of knowledge of hip hop to the islands, where Filipinos only knew rap, especially the "comedy" rap of Andrew E and Michael V and the nationalist/patriotic rap of Francis M.

In fact, Butch and Johnny talk about Viva Records executives wanting the group (whose original name was Knowledge Brought Forth) to be named "J&B" to honor Filipinos' affinity for "letter initial" monikers made uso by the above three artists. And when Butch and Johnny declined that, the executives thought the name "Dinuguan" would be fitting because they did black music. What?? Aren't we all glad they stuck to "Masta Plann," an ode to one of the songs by the great Rakim.

Masta Plann's knowledge of hip hop (with respect for rappers like Rakim) gave rap fans in the Philippines a more rounded dimension of hip hop, setting trends as they made headway into the Philippine music radar. For example, below is a clip of a funny story of how Butch made the shaved head style popular among Philippine Basketball Association players in the early 90s. After some hesitation, the "Michael Jordan of the Philippines" Bong Alvarez (man can dunk!) gave into Butch's suggestion after Butch convinced Bong that NBA players like Michael Jordan had shaved heads. As many of you know, the Philippines is the only country in the world that has basketball as their official national sport (at least among third world countries), and not futbol/soccer. So Masta Plann's intervention in basketball hair style is interesting, showing the interlocking of U.S. sports culture with the Philippines' own self-creations (PBA), mediated by Filipinos in the diaspora.

Masta Plann on shaved heads from Mark V on Vimeo.

Another thing to note is that Masta Plann were the first in the Philippines to rap in English. Doing such helped them get gigs in other places in Asia, becoming a sure hit in Malaysia. So given Masta Plann's accessibility to other Asian countries who are familiar with English, the question can be asked: Did Masta Plann bring hip hop to Asia? Remember, this is the early 90s, more than a decade before Jin Da MC made his mark in China and many years before the Korean government subsidized hip hop for its artists. As a mediator between U.S.-style hip hop and Asia, did Masta Plann precede the explosion of hip hop in Asia in the late 90s and 2000s? With Philippine artists like those in Turbulence Productions (who often use English) making a splash all over Asia, one thing is for sure: Philippine hip hop continues to gain fans all over the East.

Since Masta Plann debuted in the Philippines, hip hop heads in the islands have been creating dope hip hop music and becoming world champions in the hip hop dance scene. A truly funky Filipino expression, hip hop in the Philippines is an incorporation of a variety of styles from outside the islands and flipping it to make it their own...giving a unique flavor that will make haters doubt themselves. Keep a lookout for Lyrical Empire when it comes out!

Finally, here is a music video that Masta Plann did with KRS-One (who apparently lives in Calabasas) and DJ 1987 (Incubus). The song is called "Can't Be Stopped", a tribute to the LA graffiti crew CBS. The video was put together by DJ 1987.

"Can't Be Stopped," DJ 1987 featuring KRS-One and MastaPlann from Mark V on Vimeo.

FYI, Rocky Rivera aka EyeASage is droppin an album: 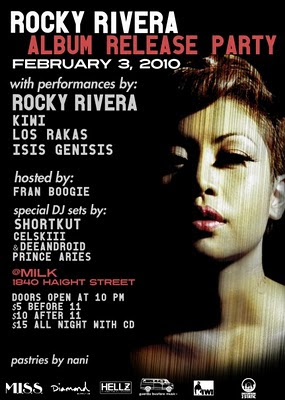 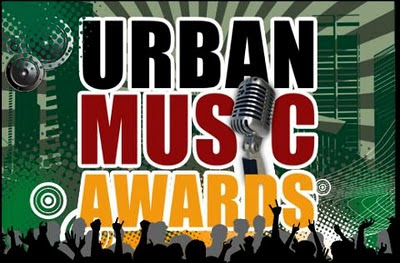 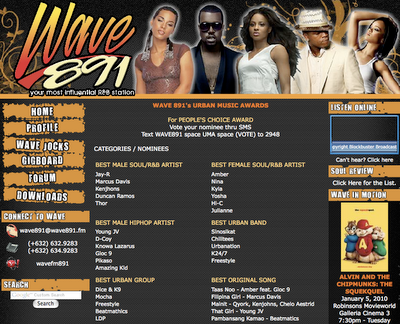 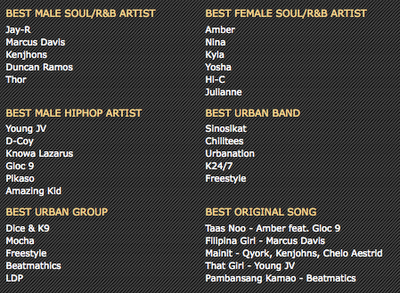 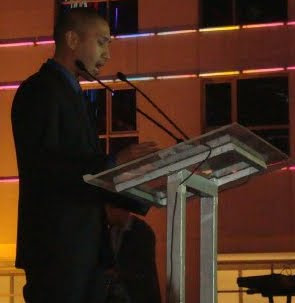 And espesyal shout to Wave radio voice and Los Angeles native Jerome B. Smooth for holdin it down for hip hop in the Metro.

I hope the Philippines' continues to support local hip hop and R&B artists!
| More
Posted by MV at 6:56 PM 2 comments 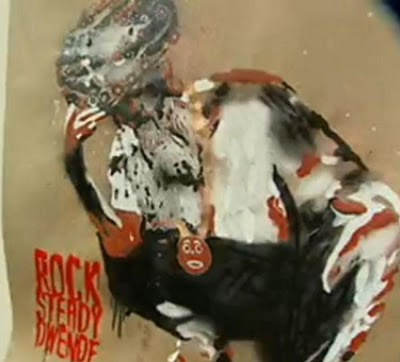 When ya step, ya best come correct. Excuse yoself, fo you lose yoself. What a great piece by Marlon Sagana Ingram. Wish I went to this exhibit Tabi Tabi Po at the 1am Gallery in San Francisco, which ran from November 13-December 12, 2009. 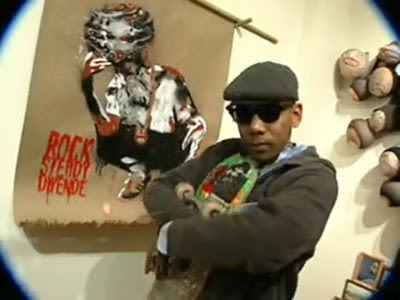 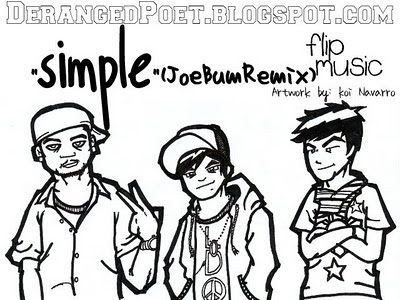 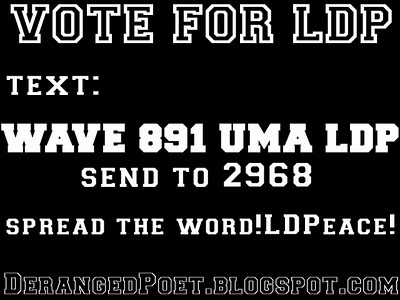