This is the new project I'm working on. As many of you know, I was in the Philippines this July and I got to get to know a few of the hip hop heads doin the do in Metro Manila. Lyrical Empire is an homage to those talented folks and also a serious investigation on the social, racial, and colonial context in which this hip hop scene emerges. The rhymes are dope, the beats is dope, the dancers are world champions, but it's also worth exploring how the Philippines is a unique and important place for hip hop to thrive.

"Get up on game!!" I want people in the U.S. to understand, because the scene in the Philippines is on the rise. These dudes are English-speaking, Tagalog-speaking, Ilocano, even Spanish... And most emcees stateside only got one language in they toolbox.

"My hand-eye coordination is impeccable
Spectacular vernacular
Everything I do is theatrical
Juggling words and phrases
Like a circus...
I'm the boss
The M. Bison of the game
You little Ryu's and Kens need more time to train..."
-Marquiss of AMP, "The Buzz" from Thinking Man's HipHop

Spectacular vernacular indeed! Marquiss not only flexes in English, he teaches you English. (No, literally, he is/was an English teacher for white people, ha!) Tiger uppercut!

And the beats? You need to check out Chrizo's Thinking Man's HipHop album. The Philippine's premiere beatmaster brings together the hottest, most talented emcees on this project. It's been on steady rotation in my iPod shuffle (that's bigger than a regular iPod, ha!). I have no idea how stateside people can get their hands on this thang. Chrizo, you gonna put it all up on the net or what? 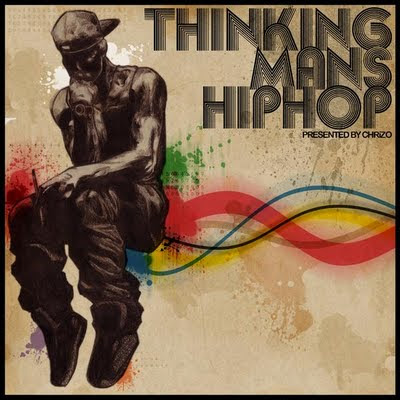 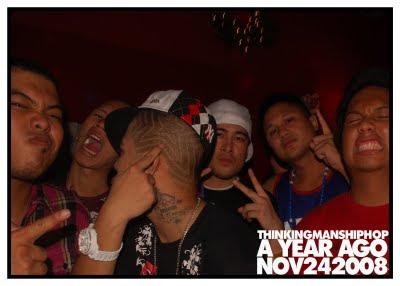 And as SoulFiesta reminds us, it's been exactly a year since Thinking Man's HipHop's release!

There's so much to learn from these artists, and hopefully Lyrical Empire gives a little taste of the scene in Metro Manila and draws some curiosity from stateside audiences.

I make it hard to rock shows
For those doing it after
A Filipino emcee?
Call me a lumpia rapper"