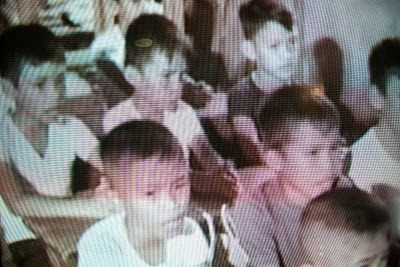 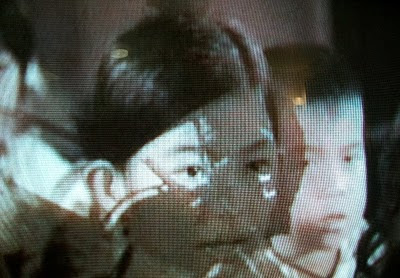 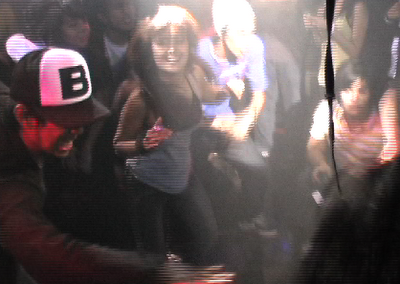 Lyrical Empire: Hip Hop in Metro Manila premieres in the Philippines! Thanks to all the good folks like Jerome and Knowa (and everyone!) for making this finally happen. I wish I could be there. This project is for the artists and fans in the Philippines, and beyond! Keep on keepin on! Pataas! 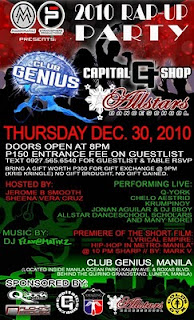 Brand new short film brought to you by FilAm Funk. Pinays making an impact worldwide, shaping the image of Filipinas globally, and creating a rich hip hop scene in the Philippines.
Thanks to the sistas from the Philippine All Stars and Stellar! Chelo, Bea, and Madelle, yall rock!
---
| More
Posted by MV at 11:55 AM 1 comments 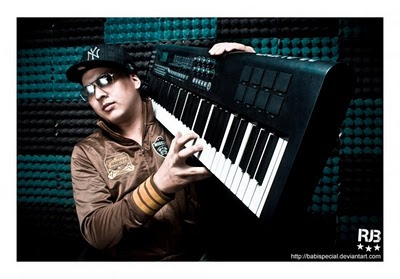 Bojam aka Jumbo of Quezon City, Philippines connex
through Generation ILL's Weekly Beats Sessions
Generation ILL presents the Weekly Beat Sessions: "1ne Sample. Multiple Producers. Multiple Beats." This round they take it to the islands and funk with the Original Pinoy Music song "Isang Gabi" by Victor Wood (bel0w). A virtual assembly of 16 Producers from the Sunshine State to the sunny Philippines and all the way to the tundra of Toronto to foggy Londontown--these beat crafters twist, crack, chop, and flying jumpkick the somber Filipino ballad.

Big ups to ILLa for creating a community like this. Read below for details on his inspiration, a plug for my documentary, and the ways he is connecting creative minds around the world. And be sure to see how these producers really funked up this sample. Which one is your favorite? (No biases, but shout outs to Bojam and Chrizo cuz they dun set it off this time!! EeEw ang nasty sila nga!)

From MNL to FLA, show love!

"The first records I ever sampled were from my dad’s old record collection. About half of them were Filipino records or Original Pinoy Music (OPM) from the early 1970s. I remember sampling an old 45 by a group called Soul Jugglers (which I cannot find anymore) and Balikbayan by Dale Adriatico.

What I came to realize was there was so much talent over there and there were so many amazing records that were put out. The instrumentalists, arrangements, and vocals were amazing. Fast forward to 2007 or so — I first connect with Chrizo on myspace. After checking out his music and the other artists he was collaborating with, I come to realize that the Philippines also has a dope ass hip hop scene that is on the come up.

The hip hop scene in metro-manila was the topic of the documentary, “Lyrical Empire”, made by our boy Mark Villegas of FilAmFunk. Check out the trailer to this documentary which features Chrizo and also music by B-ROC (who made his debut submission this week). I had an opportunity to watch the full-length documentary yesterday and ended up watching it several more times. The list of screenings can be found here.

In keeping with the theme, this week we sampled an OPM song by Victor Wood. I speak very little tagalog, but i got some help from someone who summarized the song in three sentences: the girl he loves is dating his best friend, he becomes the best man at their wedding, best friend ends up leaving her. Depressing song, but amazing sample.

Sunday Cipher: Who's That? Brown up and down the West Coast 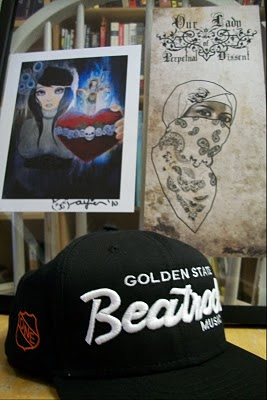 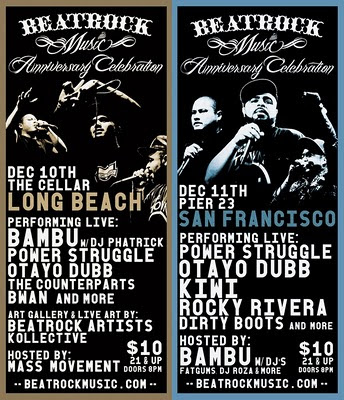 This past Friday and Saturday, Beatrock Music celebrated its first year anniversary in Long Beach and San Francisco. An impressive collection of Fil Am (and the homey Otayo Dubb and the CounterParts Crew) rocked the stage. I copped some merch at the Long Beach show (see above), including the fabled Beatrock Music baseball cap.

Beatrock Music artist Bambu performed "Who's That?!", a song that uses the beat originally produced by Das Racist and uses a Tribe Called Quest "Scenario" sample: "Inside, outside, come around. Who's that? Brown!!!" Bambu, always baggin on DJ Phatrick (his "Chinese DJ"), joked, "It says brown. So it's hard for Phatrick to play this." Along with back and forth jabs, Phatrick and Bambu performed a great improvised showcase.

Brown music up and down the coast! Congrats to Beatrock Music for a memorable year! 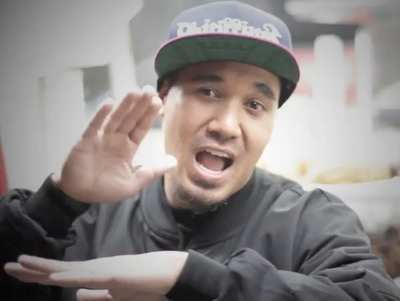