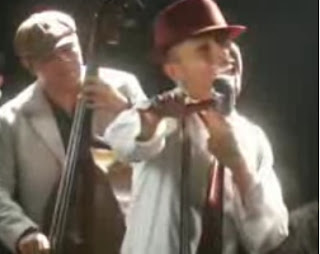 This guy is ridiculously talented. Don't sleep on Artstrong! He is a hybrid of hip hop, jazz, and R&B. In this video he's growling and scatting like Louis Armstrong! An embodiment of Filipino performance in the African American tradition! Check out his other videos--he can do it all, and he can b-boy! Philippines represent!
Swoooooon....
----
| More
Posted by MV at 5:08 PM 0 comments

Asian American Invisibility: You don't see us, but we see you! 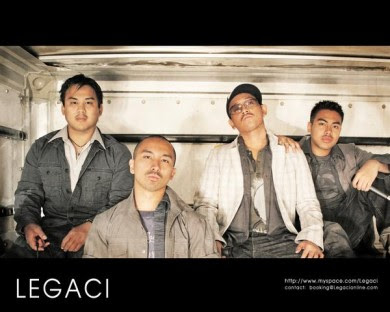 Will the Filipino American R&B group Legaci create a legacy for more Asian American exposure in mainstream popular music? Here is an interesting article, "Unexpected Harmony," in the New York Times about Asian American challenges in achieving career acclaim in the U.S. music industry. They are currently the backup singers for Justin Bieber (yeah, I know, but they gettin paid!) and getting mad attention worldwide. As the article states, because of their proven talent and critical mass of audience on YouTube as well as their appeal to Bieber fans, they are working on getting a record deal-- an opportunity to break through the glass ceiling that teases people with Asian faces. This opportunity to reach a wider audience is especially compelling given that Filipino Americans have been providing quality soul and R&B music (especially in Northern California) for some time now (Legaci started in 1997).
The article describes the challenges of Asian American singers (and rappers, representative of Apl.de.ap...blah) in a generic sense, but one can't help but notice the overwhelming amount of Filipino Americans represented in the R&B scene (kind of like this top ten list of Asian American Rappers of All Time...blah).
After trying out impressively for various national reality TV contests, Legaci member Micah Tolentino notes:
“We tried them all,” Mr. Tolentino said. “And they all said the same thing, ‘You guys are great, you have great voices, but you’re not what we’re looking for.’ The first couple times we were like, ‘O.K., maybe we didn’t hit it that hard,’ but the more we heard it, we couldn’t help wondering: ‘Is it because of who we are? Because we’re Asian-American?’ We decided that if TV wouldn’t give us a chance, and major labels wouldn’t give us a chance, we would turn to YouTube.”
YouTube as the great talent equalizer, erasing the biases and prejudices of industry gatekeepers?
When it comes to legibility within a U.S. cultural membership, Asian people have been seen as "outside," therefore marketing them to a U.S. audience has been disheartening, especially for artists themselves who are good at what they do, but are denied access to audience because they are supposedly impossible to market to an "American" audience.
Professor Christine Balance notes this lack of cultural currency for Asian Americans:
“How do you market an Asian-American star?” she said. “African-Americans are foundational to U.S. popular culture, and for Latinos there’s the adjective ‘Latin’ music that’s used to describe a variety of musical forms. But Asians are still seen as foreign or alien to mainstream America.” 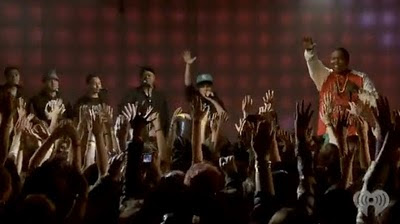 Justin Bieber and Sean Kingston fans swoon over the vocals of Legaci
Alien or not (I vote "not", especially given U.S. investing in a tortured "domesticating" of the Philippine colony...read up on the Insular Cases people!), Filipino Americans have been making impressive music regardless of mainstream recognition. Legaci is so impressive that ?uestlove tweeted that they were the Asian New Edition.
A reference to New Edition is not surprising, given that Filipinos have been exposed to and been active participants in American (including African American) musical culture for more than a century...back in the islands and on the continent.
So we live in a world where Justin Bieber is marketed and will make a lot of money (and like ALL child stars, will ten years later be hooked on drugs or something) and become a U.S. musical icon. The fact that Legaci, along with an infinite number of Asian American performers, emcees, etc. are invisible, unnoticed, and/or relegated to the background while mediocre (or bad) singers get the limelight, well, what else can be said? One YouTube commenter remarked on Legaci's rendition of "Without You" by Chris Brown: "wats wrong with﻿ this world? justin bieber should sing back up for them instead."
Fil Ams will always be making good music and bustin good moves, and the "real" world knows it. That's probably why YouTube and "reality" TV is abundant with their songs and dance.
And at least we got the street dance scene on lock. JabbaWockeeZ blowin up Las Vegas, but, ironically, their branding is one premised on invisibility--the mask. They are doing something right, and rather clever.
----
| More
Posted by MV at 9:22 PM 0 comments 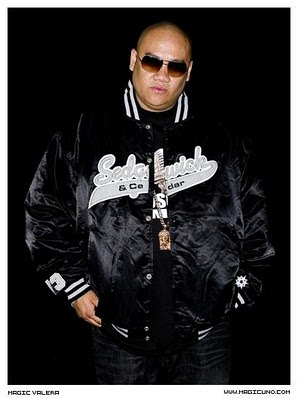 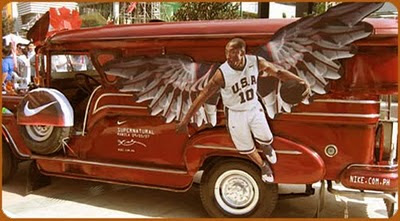 Why are Filipinos so intimately linked to the Lakers? For example, a Chinese American dude once told me that when he thinks of Filipinos, he stereotypes them as avid, overly enthusiastic, purple and gold bleedin Lakers fans. I know someone whose Lola was buried wearing a Kobe jersey. And also someone whose cousin is named "Kobeshaq"--like that, one word, first name: "Kobeshaq". He was named pre-divorce, I guess.
What's up Pinoyz? Anyone bleed green?
This is why Ron Artest was beastin the whole series: he's powered by halo-halo:
Note: halo-halo's ube and leche flan: purple..and goldish.
(Stay safe in the cyberworld! Back-up your work and don't depend on the internet too much! You don't own it, it owns you...)
----
| More
Posted by MV at 4:28 PM 0 comments 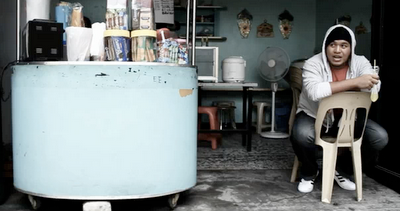 Take me to Las Filipinas! Great music from Quest (prod. by B-Roc) that has the quality to explode on the radio, sa states at sa pinas. Good vibes! Dominic Nuesa delivers another masterpiece with gripping images of our folks. 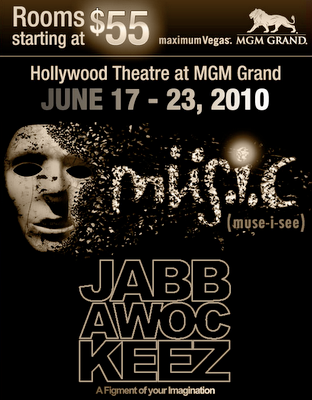 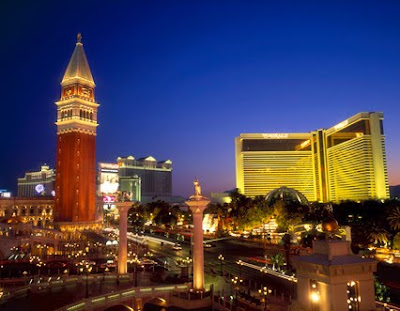 Sunday Cipher: Takin it back and Free Wheelin' 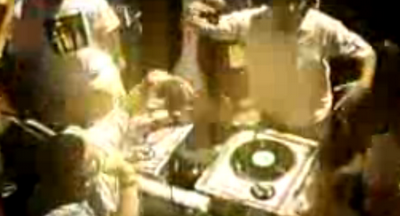 Remember the early 2000s? Well, if not, let's take you back, way back. This early Blue Scholars music video came out in 2004, and the song was probably made in 2002 or 2003. Meaning, our freshmen in college today were in elementary school back then.

The Blue Scholars are hotter than ever and it is great to see they still carry the same passion from circa 7 years ago. I personally love the first EP. And if you haven't heard "Bluechini," then you haven't heard their pre-EP jams. Late 90s, early 2000s were great years for Filipino Americans doing hip hop music.


++
A special shout out goes to John Delloro and Tam Tran. Too many we've lost in such a short period of time. We miss you and love you. Your labor, love, and passion motivate us daily. You feed the fire of social justice and peace. 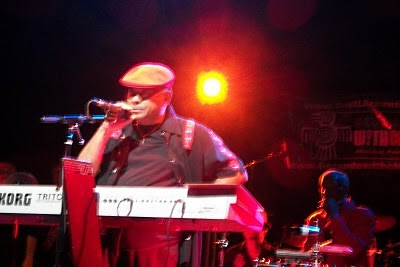 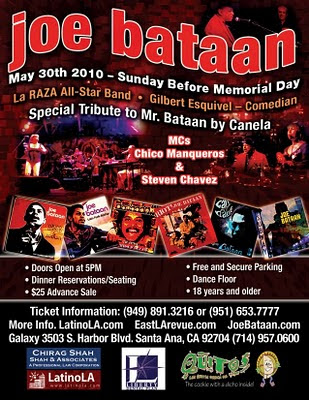