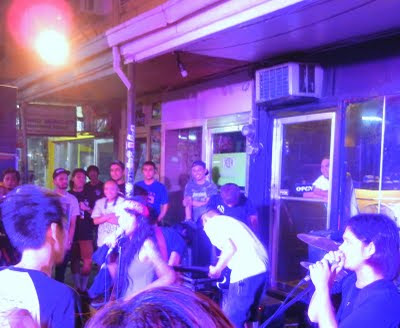 Are you Cubao X hip?

One of the most startling facts that became obvious during my recent trip to Metro Manila was the magnitude in size of the metropolis. Upon returning to the States, I looked up the population of the Metro compared to large West Coast cities in the United States. Here is the breakdown:

In 2008, Metro Manila was home to 11,553,427 registered residents. But in 2011, estimates reach up to 21,295,000 for the greater urban area of Manila. Not surprising, given the divergent ways of measuring population, including geographic limits and the underestimation of people "under the radar." 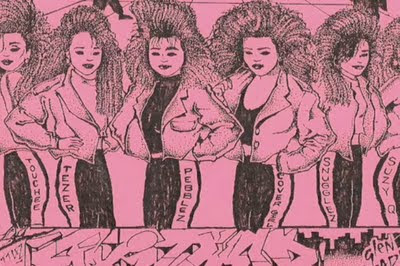 Why does this matter?

Considering the notable amount of Filipino American popular culture emanating from LA and SF over the past 25+ years (almost a century if one considers the dance culture among Pinoy migrant workers during U.S. colonialism)--such as turntablism, R&B, freestyle, and dance--what about Pin@y popular culture originating from the Filipino "center"? Can Metro Manila and the Philippines be seen as a producer (not just a consumer) of global culture? 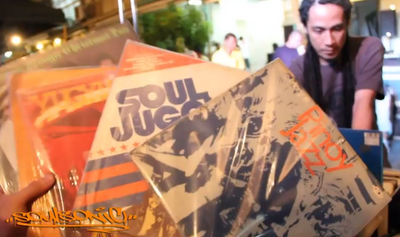 Crate diggers at the Vinyl Swap Meet in Cubao X. From SoulSonic TV.

Cubao X is just one example of the many pockets of popular culture dotting Metro Manila. Yes, hip hop is strong at Cubao X, but so is rock, punk, electronica, reggae, and gay culture, all of which merge together. Filled with bars, restaurants, hip shops, and performance space, it is a unique niche unknown to tourists, and it surely isn't a flashy shopping mall that describes much of public space in the Metro. Interestingly, similar descriptions can be said about other urban locales such as Baguio, Davao, and Cebu who flaunt their own creative communities.

For some reason Filipinos do not like to archive their own popular culture. Perhaps its a privileging of the ephemeral or the lack of material resources (I'm leaning towards the latter). Like Philippine cinema or Philippine basketball, popular music is at risk of evaporating into history.

In her essay "Pepot and the Archive: Cinephilia and the Archive Crisis of Philippine Cinema", Bliss Cua Lim writes about the bleak state of archiving early Philippine films. Sometimes found stacked and decaying in abandoned basketball courts, classic film reels have no home in the Philippines. Some films can only be bought elsewhere, such as France or Taiwan.

But what of popular music? With only a single handful of writers dedicated to Philippine popular music (peep my pal Justin Breathes), is the genre doomed to deterioration within Filipinos' collective memory? Will it take an American Fulbright scholar like Bartholomew to archive its history a century in the future?

What if we revalue Filipino popular culture? Why do we need laws to compel Philippine radio stations to play original Filipino music? 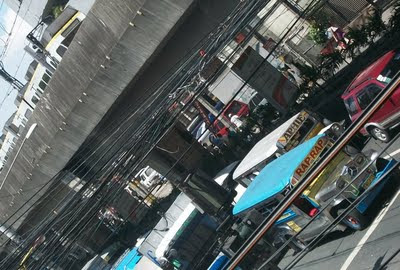 More Than Meets the Eye

Unless they have a bit of capital to travel to the Philippines and interact with people outside their family, Fil Ams will rarely be exposed to the country's pockets of popular music. For those who visit the Metro, its non-centeredness, traffic, pollution, and congestion may be a turn off to excavating the gems beneath the mess.

Today's Metro Manila is not your Lola's Manila. It is a sprawling cosmopolitan global city that once represented urbane Asia. It remains a megalopolis of the world, home to a diversity of classes--not just a uniform, monolithic mass of poverty topped with a minuscule class of the rich.

People from an array of classes are creating vibrant culture. Much to the surprise of Fil Ams who may imagine a simple two-tiered social structure, the gray area in between "sosyal" (bourgeois) and slum is actually A LOT of people given the immensity of the greater urban area of Manila (and beyond). This diversity of classes makes for an interesting mix of style and creativity.

How can Fil Ams who are not exposed to hidden layers of the Philippine society connect with pockets of creativity not shown on TFC? Instead of bypassing a seemingly hollow Metro Manila for the picturesqueness of the beach, how can they be overwhelmed by the city's cultural abundance?

I think it begins with language and Fil Ams catchin up and linking with our folks back home. How comes a Phil-All Stars/Hiphop tour hasn't happened in the U.S. yet?

Same thing is happening to Afro Funk music in Africa. For example, Nigeria produces some of the best Afro Funk, but they are easily lost because archiving is rarely practice and production is very minimal. Remember hip hop music would probably not exist without the ingenious concept of sampling. The pioneers of hip hop producers relied in sampling, and digging through countless and countless of old records, to create beats. This idea not only gave sound to hip hop but also empowered hip hop music producers with knowledge and made them appreciate the Jazz, funk, soul, and even rock of the past. This needs to happen with Filipinos in essence, we need to dig deep in our roots and begin where we had left off in terms of style, because we already have our own unique style, we just need to seek them and find them. But how do we find them is the challenge, since we dont have that much record of it. We need to look for Tatang who may have sang that old 'awit' or played that rondalla.

I hope I didn't derail the topic, but thats just my 2 centavos. :)

Thanks Edward. yes that is the beauty of hip hop, and perhaps diasporic black music in general. the past is never really "passed." I think Filipino culture is similar, where the past somehow emerges in the smallest but most profound ways.

In terms of music, the group Los Indios Bravos are doing interesting things with indigenous instruments and the merging of genres, although starting out as hip hop emcees.