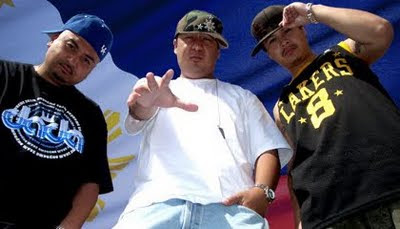 The Way of the Plann

As you already know, we will be honoring the late, great Francis M. at the 18th Annual Festival of Philippine Arts and Culture (FPAC) this Sunday, September 13th on the Main Stage at 1:00pm.

I interviewed Butch of the legendary Philippine hip hop group Mastaplann, who will be performing for the Francis M. Tribute. Below are his words about the impact Francis M. had on their group and why it is important to honor the Philippine hip hop icon. Mastaplann performed last year for the FPAC Tribute to the Filipino DJ, and we are happy to host them again this year.

"Mastaplann was the first hip hop group that came out in the Philippines and we showcased all elements of hip hop such as DJing, Emceeing, B-boying, graffiti art, and beatboxing.

We're here to honor and show our respect to the founding father of hip hop in the Philippines, Francis M., who was also a good friend of ours. RIP to our brother.

Francis M. started the hip hop movement in the Philippines. If it was not for him, Mastaplann would not have been successful. Francis was a pioneer in the industry and was way ahead of his time.

Mastaplann's niche in the Filipino hip hop community was bringing a States-side style back to the homeland. Initially when we first came out in 1991, our record label at the time wanted us to make a "commercial album" with radio friendly songs. This album was released in 1992. Some hit songs were "Bring Dat Booty" and "Here We Are." The second album The Way of the Plann was released in 1994. Some hit songs were "Rollin in Da Ride" and "The Way of the Plann." Both albums hit platinum. The third and last record released Mastaplann.Com was under RED EGG (Francis M.'s' label) under BMG Philippines. We collaborated with Francis during our third album and his Freeman 2 album.

Francis was the icon of Pinoy hip hop. He paved the way for a lot of us that made it or are trying to make it in this industry back home."