That link to Juneteenth 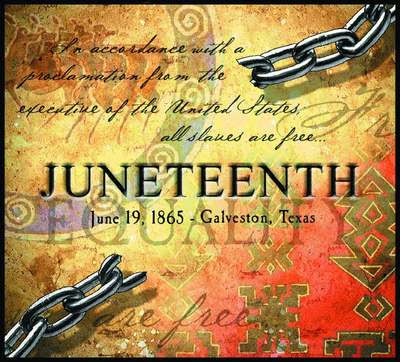 Tomorrow many in the U.S. will be celebrating "Juneteenth." I just thought I'd throw some interesting notes about the holiday, which commemorates the emancipation of slaves in Texas in 1865...two and a half years after the official Emancipation Proclamation.

"Juneteenth is the oldest known celebration commemorating the ending of slavery in the United States. Dating back to 1865, it was on June 19th that the Union soldiers, led by Major General Gordon Granger, landed at Galveston, Texas with news that the war had ended and that the enslaved were now free. Note that this was two and a half years after President Lincoln’s Emancipation Proclamation - which had become official January 1, 1863."

It is worth mentioning that some folks are advocating for making Juneteenth a national holiday, with Congress passing a number of acts signifying the importance of the holiday.

The material, epistemological, and cultural connections between Filipino history and Black history is something that deserves more attention. So in honor of Juneteenth, I'm gonna throw around a few significant moments in Filipino/Black history, which weaves threads around emancipation and Juneteenth... 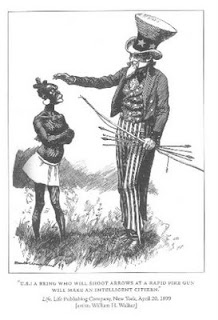 Plessy v. Ferguson (1896):
This U.S. Supreme Court ruling justified the separation of Blacks and Whites. This decision legally, morally, and culturally justified subsequent actions taken by Whites in their treatment of Blacks and other non-Whites. In short, Whites were thought to be set apart for a more glorious destiny...separate from Blacks, Mexicans, Asians, Natives, etc. (Thus anti-miscegination laws, "colored" schools, and anti-Asian immigration exclusion laws). By distinguishing the "other," subordinating of people of color would define meanings U.S. citizenship, white humanity, white labor, etc. Two years after the Plessy ruling, the U.S. would occupy the Philippines and wage war, genocide, and attempt to "domesticate" Filipinos, as they attempted with newly freed Black slaves in the U.S.

Philippine-American War (1899-1910ish...):
This began the U.S. colonial project in the Philippines. Along with Puerto Rico, Guam, Hawai'i, and Cuba, the U.S. tried to become a player in the world of imperial powers...at the expense of Brown lives. Ignore the 1902 ending date of the war as indicated in Wikipedia, cuz it lasted way longer than that (still occurring today?) The repercussions of U.S. occupation is apparent today, with many Filipino immigrants who work as nurses or navy servicemen, a diaspora phenomenon reflective of agreements between the U.S. and Philippine elite. Oh, not to mention the Visitors Forces Agreement.

Instruments of Empire. Buffalo Soldiers in the Philippines. From SFGate.

A Moment of Coalition: Black and Filipino Resistance during the Philippine-American War:
David Fagen was an African American Buffalo Soldier in the Philippines who defected from the U.S. army and fought on the side of the Filipino resistance (insurrectos) against the U.S. colonizers. A few hundred Black soldiers joined the Filipino freedom fighters, and here is a neat book describing the family of an Afro-Filipina descendent of a Buffalo Soldier. 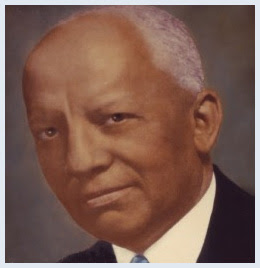 "Woodson described a similar phenomenon in the Philippines where U. S. teachers trained at Harvard, Yale, Columbia, and Chicago, failed repeatedly in their efforts to teach Filipino children, all because they did not take into account the alienating materials of instruction...It was pointless to concentrate “On the story of how George Washington always told the truth,” he continued, for teaching Filipino children to read from books based solely on American myths and heroes would never prove successful. Woodson readily complicated these positions by suggesting that no “people should ignore the record of the progress of other races … We say, hold on to the real facts of history as they are, but complete such knowledge by studying also the history of races and nations which have been purposely ignored.”"

I know I've written about these topics before. But today seemed appropriate to return to some hidden history. Filipino history not only intersects but can be seen as flowing within the same circuit of "non-Filipino" histories. Why do people insist on keeping history so bracketed and separate? Maybe yall can enlighten me on that. I'm sure the answer(s) are complicated and contested.

Rock-rock on.
-----
Good clarity on the Juneteenth myth. I agree:

"The Truth about Juneteenth" in the Grio
"...What Granger's proclamation mainly tells us is just how provisional freedom remained after the conclusion of the war. The promises of the Emancipation Proclamation were not only delayed in the state of Texas. Indeed, freedom was not guaranteed until the 13th Amendment passed, and even then, freedom proved to be provisional."
| More
Posted by MV at 5:36 PM

i have many good memories of celebrating juneteenth in Mississippi . I took my youth dance crew out in an event and I think it was the first time the local African American youth saw a Vietnamese American girl breakdown the crump for them! We also repped bboy style and got called out by 5-yr old kids who were crazy on the freestyle tip.

Anyways, props to breaking out Mr. Woodson! I might say that's an awesome academic "dig" you found on his thoughts as the Supervisor of Schools, who would have known if his methods would have been truly appreciated we wouldn't have a "Miseducation of the Filipino" almost half a century later. What was the "similar phenomenon" the quote is referring to happening?

With all burden of the neocolonial effects on our Diaspora, let's not forget our strengths. We are one of the largest overseas workforce populations (not by choice) but with the organizing efforts like Migrante, we are pushing the precedent on global labor standards and national accountability.

I'm still an outsider looking in, but if Filipinos in America took the time to understand the the ongoing struggle, progessive leaps and bounds our folks in the Philippines have died for (ex. agrarian reform) it would be a paradigm-shifting perspective of where Fil-Ams stand in relation to the Philippines, and extension to global society.

On the topic of separate histories, people insist to keep it separate for tenure! I see the argument that we cannot disregard each community's own identity, but we also have to push ourselves to understand the connections and not reinforce power relationships. (e.g. East Asian dominance in Asian American Studies) Sounds principled but it doesn't translate well in an already established academic institution with low funding and with an already antagonistic relationship with their university.

The topic of study should always reflect the community histories surrounding and living it. And often times these community's intersect, flow and affect each other (e.g. how is the demand of Filipino nurses from abroad affected by the high-cost of healthcare in America? will it decline? What is the relationship with the Filipino nuses and the growing uninsured population? how does this affect US domestic labor?)

It's impossible to extract cultural/community history from its context.

in my passionate rant for my "separate historical identity" i was a hypocrite and forgot to uplift the progressive campaign behind Plessy vs. Ferguson...

I was privvy to some of the local energy behind it from a man at a New Orleans neighborhood festival giving away fliers of the Citizen's Committee that was formed to test Louisiana's Separate Car Law. Like the famous Rosa Parks case, this ride was planned civil disobedience.
It was a Black/White racial coalition and I also think deserves more praise for their original intention to abolish separatism that would precede the famous Freedom Riders and the Bus Boycotts.

Of course, racism would rear it's head in its unfortunate outcome.

New Orleans is an interesting multiracial site onto itself regarding its Creole/African/Caribbean/Native American/Acadian roots which now includes recent waves of Vietnamese American and Central American migrant communities. Their ain't no city like the Big Easy.