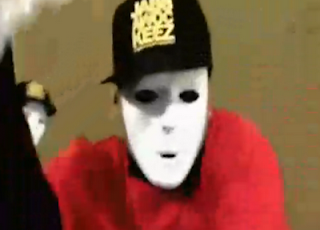 Gettin paid. And full of electrolytes.
Anyone catch the NBA Finals last night? The JabbaWockeez made a cameo in the Gatorade "That's G" commercial. That's kind of a big deal..

They made an appearance in other Gatorade commercials, side by side with Muhammad Ali and Bill Russell, among many other legends. This commercial probably showed during other big events, no doubt. 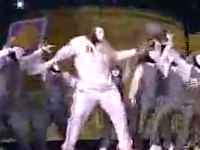 From dancing with Shaq at the All-Star Game to these "G" commercials, the JW's bossin.

Who woulda ever thought that hip bruises and holey socks would eventually...
| More
Posted by MV at 9:50 AM

oh my gosh i saw that! my friend that i was with (who is an executive producer for tv commercials) told me the people that run gatorade like jabbawockeez so they include them in their commercials alongside the greats. HAHHAHA!! what?!

why are they only affiliated with the NBA though? half-time shows, all-star introductions, tv commercials with KG.. what about the nfl???