I posted up my short documentary "Hip Hop Mestizaje: Racialization, Resonance, and Filipino American Knowledge of Self." I started shooting this film back in 2006, so it may be a bit dated cuz so many things happened since then, such as the rise of new Pinoy/ay artists, new albums dropped, and this whole ABDC phenomenon. The experience of making this film was transformational for me since I got to sit down with talented bruthas and sistas who represent a whole generation of Fil Ams creating and defining the meanings of our diasporic experiences. Plus, really, I'm always a fan first (you betcha I was mad geeked the whole time).

"Hip Hop Mestizaje" congeals Fil Artists from coast-to-coast--from the South, Northeast, West, and Pacific Northwest--and forms a narrative that partially explains why Filipino Americans are so loyal to hip hop: that being our racialized colonial history (and all its funkiness!). Thus, many of us seek to find "knowledge of self" via hip hop, poetry, Barrio Fiestas, or Pilipino Culture Nights. Right? Anyways, "Hip Hop Mestizaje" is a very small part of hopefully bigger projects to come. You can read more about this topic of colonization and racialization in an earlier post from 2008.

Props to all the artists and performers who took the time to talk to me: Kuttin Kandi, Alfie Numeric, Paulskee, Basic, Geologic, and David Araquel. Props to the homey Lakan de Leon for giving some kinds words below. His pioneering film, Beats, Rhymes, and Resistance: Pilipinos and Hip Hop in Los Angeles set it off for many Fil Ams to really take this "Fil Ams in hip hop" thing seriously.

Peep the reviews from close friends and colleagues! Thanks yall! 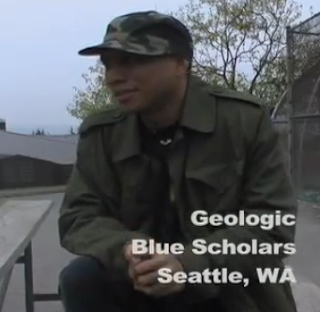 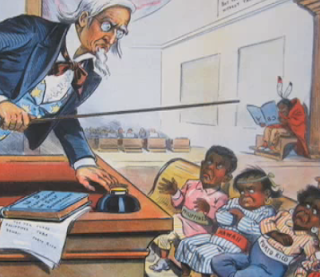 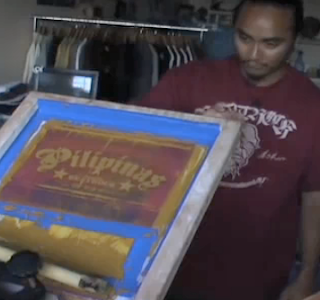 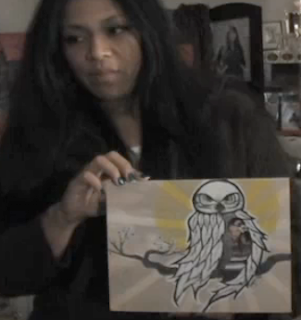 "Mark Villegas' Hip Hop Mestizaje continues what we tried to do back in the day--document the dynamic contributions of Pilipino Americans to Hip Hop, as well as understand why the artforms within it speak to us so personally and profoundly. While it has been over a decade since our film came out, I am excited to know that Pinoys and Pinays continue to shape and innovate this rich culture, and in turn connect their stories to the larger struggles of all people of color seeking freedom and justice through expression."

- Lakan de Leon, co-creator of Beats, Rhymes, and Resistance: Pilipinos and Hip Hop in Los Angeles
"Mark's short film 'Hip Hop Mestizaje' provides an already hip hop-knowledgable or hip hop head audience with an introductory look at the presence of Filipino-Americans in contemporary hip hop life. It opens the book for folks interested in learning more about their Brown-yet-Asian family who they undoubtedly meet at shows, community events, and on the block...So they may understand just why it is that we're in hip hop in such large numbers, not metal or punk (though we rep rather well in those arenas too)."

"With a diversity of insightful and prominent voices from across the Filipino hip-hop spectrum, Hip Hop Mestizaje delves into the shared history of struggle that prompted Filipinos in America to embrace hip-hop culture."

"Hip Hop Mestizaje is a necessary exploration of U.S. Pin@y critique and contributions to popular culture, namely hip hop. Villegas highlights the ways in which U.S. Pin@y experiences align with other communities of color, but more importantly signals the tensions that push the building of Pin@y identity, art, and culture."

"I feel that this is a great documentary piece by my man Mark Villegas that gives you a glimpse into the world of Filipinos in Hip Hop. It shows how Hip Hop has helped them find themselves, and how it became thee medium of expression. This is a must watch for all Filipinos that want to gain a better understanding of why our community is so ingrained in Hip Hop Culture."