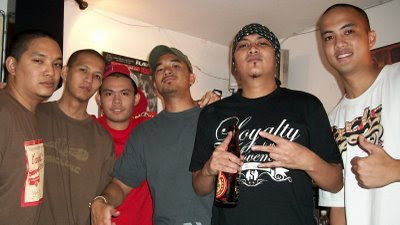 "It's a noble struggle," says CHRiZO of Turbulence Productions. I had the privilege to break bread with the bruthas and sista from Metro Manila, who spoke about their slow but steady wins despite the continued marginalization and denigration of hip hop in the Philippines, an irony compared to the success and immersion of hip hop among Filipinos in the U.S. 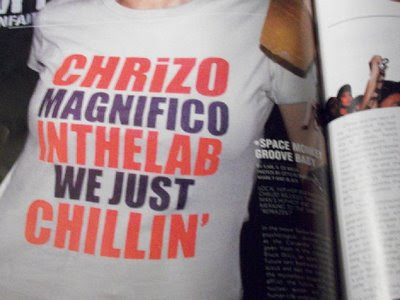 Flippish interview with Turbulence folks on Thinking Man's Hip Hop release in November
One thing is for sure, the small yet passionate circle of independent hip hop artists in the Philippines put in work in this game. Reflecting on my Fil Am experience, I think Fil Am's need to check they game, cuz Philippines is on the rise. In fact, its been on the rise, but heads sa States bin sleepin. Craft, discipline, and heart...these terms describe the dedication and keenness that Metro Manila hip hop heads commit to hip hop culture. In a kind of time/place warp, I didn't know if I was "stateside" or sa Pinas that night in the studio buildin with these heads; the folks in hip hop game blur, funktify, and transform the boundaries, quality, preferences, and standards of hip hop by using tried and true boom-bap hip hop sound stylized with a distinct Filipino flavor. They found a formula that works, and this formula is makin impressive moves in the Philippines and throughout Asia. Fil Ams at lahat ng tao sa U.S.: be on the look out for these guys and gals. Your next favorite rapper or beat scientist might be from the islands.

Please stay tuned for more on these artists and visit their websites.

Hey Mark! dope blog you got here.. enjoy your stay in the philippines!

Thanks for the great interview!