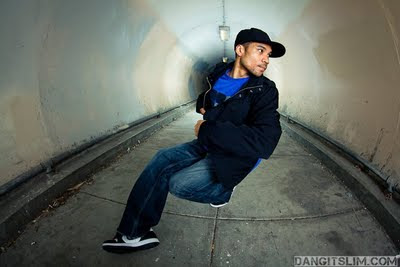 We have yet another elucidating interview this week! Dance guru Dennis Infante (DSPlayers/Groovemekanex/MuthaFunkers) graced Rock the School Bells with his Freestyle and Party Dance workshop. Yours truly had a chance to sweat it out to Dennis's boot camp class and get a solid cardio workout to the trooper, party machine, etc.! I'm glad to say I survived (and maybe even outlasted some of the young kids in) the class.

In seriousness, it was an honor to witness the sharing of dance knowledge from a dance veteran to a new generation. RTSB and the recent Culture Shock Hip Hop Has History conference in LA (where I got a chance to learn some popping techs from the legendary Flat Top) hosted some very young (and very talented) people-- who were born after we lost Tupac and Biggie! And some were embryos when hyphy was at its prime! Events like these prove that certain styles are still alive and thriving.

Dennis brings knowledge to eager dancers of all ages. His helpful instruction and breadth of wisdom makes him an effective and meaningful teacher. In this interview he talks about the importance of knowledge in dance--not to dance just to move, but to engage with history. In other words, to learn foundation. Let's start building:

Why do you feel it is important for you to teach street dance styles?

I feel it's important to teach the street dance styles to help preserve them, especially with today's generation. Foundation of any dance style is key in growing as a dancer. Oftentimes people just want to learn moves and don't really care about the dance. I feel that knowing how a certain move was created is just as important as the technique. When today's generation learns the foundation and how to apply it to dance, then they are able to advance the style to the next level once they gain that understanding. At the end of the day, this is still a DANCE, not just moves.

So it is more than just moves. As an instructor for Rock the School Bells, what can young people (some born in the late 1990s) learn specifically aside from the dance itself?

Young people can learn the social impact the dances had on society. These dances were created during rough times in rough cities, when people didn't really have anything else. That creative outlet that dance gave them brought something new to the table, and now you can find dance in everything from movies, to commercials, to ads, etc. I was originally thinking about doing a Locking workshop at RTSB, but I felt that there aren't enough Hip-Hop classes in the Bay Area that teach Hip-Hop. A lot of the classes will teach a short routine, but not really show the students how to dance using certain fundamental moves of the Hip-Hop dance style. So I decided to do a Hip-Hop party dance class instead. Especially since the vocabulary of that era is somewhat being lost in some areas.

What I like to show students however is the relation of the different moves within other styles from other genres and eras. I'm discovering more that a lot of the moves are the same, but the feel of it is just different when done in other dance styles. One documentary that really opened me up to this is called Everything Remains Raw, by Moncell Durden. I saw it a few years ago in SF and it is amazing! It really shows the lineage of a lot of the moves and just social dance itself. I highly recommend anyone who loves dance to check it out. After seeing this documentary, it really motivated me to research more on a lot of older footage from Jazz, Tap, and African dance and really try to trace the lineage of the moves that we do in Hip-Hop. Even with a lot of the names of the moves, I'm finding out more and more how different areas may have different name for the same move. The history of these dances aren't usually the focus on a lot of these dance driven tv shows, so I feel it's important for us dance teachers in the community to share with the students it's history and background or else it would just get lost somewhere down the line. This way, it can help the students learn as much as possible and keep an open mind about all styles of dance, not just the one that they're into. 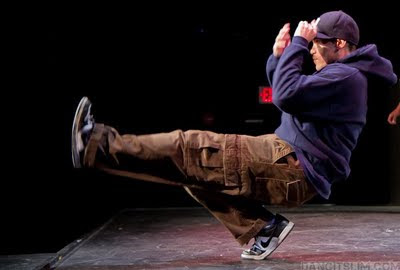 RTSB had a noticeable amount of Filipino American representation in terms of the participants, facilitators, and the concert line-up. Do you feel that growing up in the San Francisco Bay Area, that the Fil Am representation at RTSB reflected the dance community in the Bay in general?

Although I feel that there are many Fil Ams that represented at RTSB, I still think the Bay Area dance community is very diverse. There are many Fil Ams in dance, but it also just depends on which city is being focused on, and also which styles of dance. From what I see here in the Bay, I see more Fil Ams in the larger dance teams that specialize in choreography. But say for example in the street/club dance scene, it is a bit more diverse with African Americans, Latinos, etc. The Fil Am community in the Bay has always been around representing in dance for quite awhile though.

In what ways do you think that the music popular today matches bodily movement? Is it similar or different from the way you group up with hip hop and dance?
I think the body reacts to sounds naturally the way it should. The way the music is now is way different that the type of Hip-Hop we listened to growing up, and I think that's why people in this generation move differently, because of the music. I see that it is a little harder for the younger generation to pick up the feel of an old school hip-hop move, and vice versa where it is a little harder for an older person to do a move from today (like the dougie for example haha). 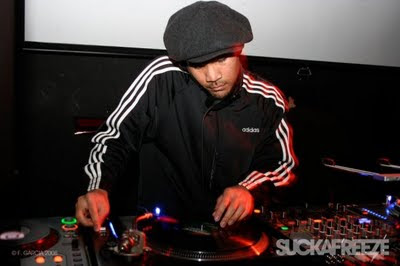 You have a picture of "Boogie Down Manila" in your Facebook photos. How did you link up with the hip hop folks from Manila? 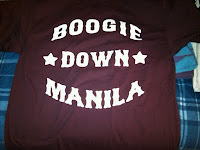 The Boogie Down Manila shirt is a brand design from a bboy crew in PI called Funk Roots. The particular shirt that I have is a collaboration Funk Roots did with the Know Your Rank Brand here in the Bay. I don't really have any role with any dancers in the PI. I have however participated in an outreach program teaching free workshops the youth at various schools out there and met a lot of amazing local dancers during my stay. In terms of Fil Ams in the PI, what I heard through friends is that P-Kid (who is a dancer from the US) was one of the first Fil Ams to bring the raw Hip-Hop dance culture over to the PI. Also, one of the locals who has really been holding it down out there is a bboy named Jay Masta. I was in the Philippines in 2009 at an event called All The Way Live. Jay Masta received an award from the event for all his contributions to the dance community out there. I'm sure there are a lot more folks in the PI who have been instrumental in the game. I am still very interested in learning more about the growth Hip-Hop in the Philippines, so anyone who can share with me what they know, please feel free to hit me up!


Ok Philippine hip hop heads, you heard the man, hit him up! Thanks Mr. Infante for an illuminating interview! Dance is knowledge and knowledge is power!
---
| More
Posted by MV at 9:41 PM

great interview. there's so much to be said about engaging in the dance and understanding our histories from all generations.

i came up in bboying towards the tail-end of the late 90s hiphop dance scene and am still grey about it.

I think we can't underestimate the question when we learn a dance to ask, why do you dance?

as many shared the same struggle and try to put it into words. Trac 2 on this interview sums it up beautifully:

"A power move to us is taking the intricacies of what was goin on around you and packaging it to make that one routine--that one go-down--become power" (http://www.youtube.com/watch?v=uSjsgKZdwXs)

as much as hiphop heads, bboys/bgirls and funkstylers, youngsters contend what's "foundation", it's a beautiful opportunity to understand all our communities, after all dance is a social language.

Much love to Dennis, doing workshops in the Midwest anytime soon?

Also I was in Manila last year and got down with Jay Masta, true legend in the scene and still gets down as fresh as ever!

Heyy wussup! I've never done any workshops in the midwest, but if there are any opportunities or places that want to host locking or hip-hop workshops let me know, I would love to come out and share.

Ahh, I love Manila! Jay is the man!