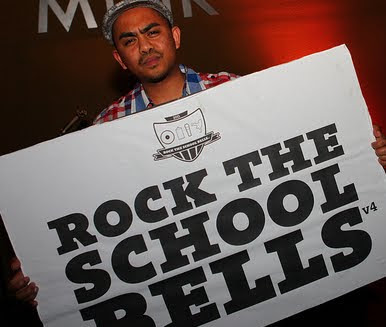 Hip hop over homework? How about both? Reflecting on the success of another great Rock the School Bells conference, visionary RTSB organizer Nate Nevado breaks down how hip hop can work as an educational resource. In Mr. Nevado's world, the choice between hip hop and academics is not one of contradiction as naysayers in the hip hop over homework debate would have it. RTSB provides evidence of Filipino Americans are merging their passions of hip hop, social justice, and education, thus transforming a "hip hop as pathology" to one of "hip hop as pedagogy."

After all, why deny Fil Am youth the language that they speak? Why not talk with them instead of down to them? We talk with Nate to figure it out.

Why do you feel the need for an event such as RTSB at this moment in time?

We feel that RTSB is crucial in today's education for several reasons:

1) Because of the many misconceptions that are associated with hip-hop, we felt the need to educate and empower our youth and communities what hip-hop is all about. Hip-hop has grown into a global phenomenon where it is recognized universally around the world. We felt it was important to teach the youth and community about the history and origins of hip-hop. In any culture, misconceptions and stereotypes exists through the passage of experiences, opinions, and biases of other people. In order to alleviate these misconceptions, one must learn about the culture - language, customs, etc. We treat hip-hop the same way. It is a culture so instead of having to defend hip-hop, we challenge others to learn about the culture of hip-hop; to be educated and empowered by those who practice and experienced hip-hop firsthand.

Nate Nevado being interviewed by Pacific Rim Video in anticipation of RTSB 4.

2) To illustrate that hip-hop can be used as a tool to teach life skills, such as reading and writing, to think critically about issues that impact their communities, and to be health conscious. Hip-hop should be a part of the educational curriculum across all campuses from middle schools to universities. We've got today's youth attention locked into hip-hop. Since we've got them listening, why not use hip-hop to empower and educate?

3) Having this event allows us to continue to preserve the culture and history of hip-hop. Hip-hop was created for communities who were experiencing poor social and economic conditions in their communities. It gave them a voice. Because we live in a society where we receive information at such a rapid rate due to the usage of digital technology, we sometimes forget to educate ourselves about the history and culture of hip-hop. For example, we have seen significant increase of dance crews within the last 5-7 years even though dance crews have been existing longer than that. With Youtube and other websites, the youth want to be the next JabbaWockeez or the next Super Cr3w, that they focus primarily focus on dance moves rather than why the dance moves even exist in the first place. Because of the advent of digital technology, sometimes the history gets lost. RTSB provides the linkage between the youth and hip-hop practitioners to maintain and preserve the integrity of the hip-hop culture. 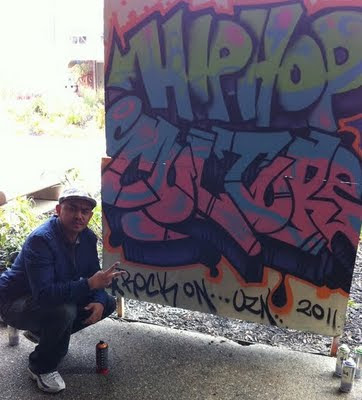 How do you make hip hop a medium for education and social justice?

As mentioned before, hip-hop is a global phenomenon, a recognizable universal language that many people around the world can relate to. In the same way we have poetry classes or literature classes or sociology classes, students engage in discussions that provoke critical thought in the books that they read and the lectures/presentations that they have listened to. Hip-hop, being that it is universally recognized, can be used to analyze the current issues in education and social justice.

One of the workshops that we have constantly is the Hip-Hop and Social Justice workshop. Our first year, DJ Sake-One was our facilitator followed by Kiwi/Nomi/Pele of FCC/ALAY for RTSB2. Gabe Delrokz Delacruz has been our facilitator for the past two events. The workshop is designed to discuss many issues that occur in our communities such as immigrant rights, human right violations, teen pregnancy, drugs, etc. Students, then, will write verses on any topic that they feel connected to. After which, they perform in a bigger group. The exchange of thoughts and experiences between youth and students is always amazing to watch. They are able to walk out of that workshop educated and empowered to become solution-seekers. 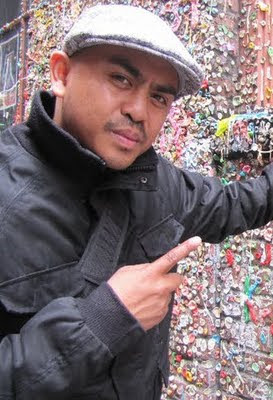 What makes Skyline College, host to RTSB, such a unique campus?

Skyline College is recognized as the most diverse community college in California in that Filipinos represents ~25% of the total student population, followed by Caucasians at ~20%, Asians at ~20%, and Latino/as at ~20%. The rest of the campus is divided among many other ethnicities. As a result, we have several learning communities which include the Kababayan Program, Puente Program, ASTEP (African-American Success through Empowerment and Persistence), Hermanos and Hermanas Program, TRIO, and many others. Each learning community is designed to provide students with a specific cultural theme that is integrated in their core courses such as English, Math, Sociology, etc. In these communities, students learn about different cultures, leadership skills, mentoring opportunities, and career exploration.

In conceiving of the event, how did you connect with people in order to plan and prepare RTSB?

We've been connected to many hip-hop circles as well as educational circles and where both circles converge, we were able to identify those who would be down to present and/or plan for RTSB. It's no coincidence that we are seeing more and more of these types of events being produced because when many educators alike were growing in our generation, hip-hop was considered at its purest. Because of this shared love and passion for hip-hop, to maintain the history and richness of the culture of hip-hop, we have many people interested in being a part of RTSB. Through RTSB, we have been able to meet fellow educators who would then recommend other educators and hip-hop practitioners to present and/or plan RTSB.
---
| More
Posted by MV at 7:51 PM