Call to Action Against CBS Corporation! 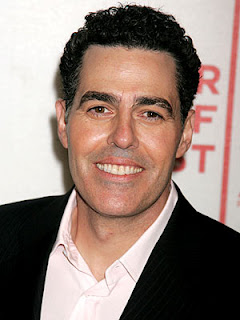 "...Adam Carolla starts off his vulgar tirade by bashing Manny for not giving blood before a fight. He then proceeds to say that Manny is off “praying to chicken bones” and that you don’t have to respect him because he’s a “fu**ing idiot”. “Someone has to tell him that it doesn’t make a difference.”

The following are quotes from Adam Carolla about the Philippines.

“Here’s how you know when your country doesn’t have a lot going for it: When everything is about Manny Pacquiao."

“Really, you want some guy with brain damage running your country? Why don’t you get your sh*t together?”

“All they have over there is Manny Pacquiao and sex stores.”

“What happens when Floyd Mayweather beats him? Does your country go into depression?”" 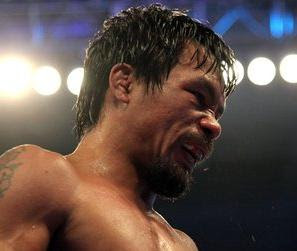 via Kuttin Kandi:
Aiming for Adam Carolla is just scratching the surface. We need to
head straight for the bulls eye, knock over the
Adam-Tip-of-the-Iceberg and get to the very foundation that instills,
enforces, enacts, enables and allows this kind of oppression onto our
airwaves. This foundation begins with K-ACE Radio, CBS Radio and CBS
Corporation. These foundations are the very entities that allow Adam
Carolla’s hate speech to live on. They are the beasts in which we need
to fight. Not just Adam Carolla.

In 2005, a few Hip Hop Activists, Educators, Journalists, Writers,
youth and myself went up against a huge radio station Hot 97 and it’s
big parent company Emmis Communications. A racist parody song titled
the “Tsunami Song” was aired by radio host Miss Jones four times was
followed by racist comments against Asians by herself and her radio
colleagues. Another radio host Miss Info was the only personality on
air that refused to have the song played again and got into an
argument with Miss Jones live on air. After hearing the “Tsunami Song”
which poked fun at the 2004 Indian Ocean Tsunami survivors/victims by
using lines like “women and children being sold of into slavery”; we
all came together and formed a coalition called R.E.A.C.Hip-Hop
(Representing Education, Awareness, Community through Hip Hop).
R.E.A.C.Hip-Hop Coalition joined forces with the Coalition Against
Hate Media and battled against Emmis Communications by throwing
rallies and protesting from Union Square to City hall. We worked
strategically to ensure that we were heard by marching our way up to
Hot 97 to hand in our list of demands to Hot 97’s Program Director
John Dimmick who (mind you, didn’t even know who Godfather of Hip Hop
Afrika Bambaataa was) tried to buy us off. Prior to our meeting with
Hot 97 we already had various victories with Sprint and many other big
commercial brands pulling out their ads from Hot 97. From our rallies
and protests alone, which were held less than a few weeks, Hot 97 lost
about 6 million dollars in revenue.

However, it was understood by all of us that although Miss Jones and
the rest of Hot 97’s radio dj’s were to be held accountable for airing
such a racist song along with their hate speech; we knew that the real
beast we were fighting were Hot 97 itself and Emmis Communications.
The “Tsunami Song” was not the first of it’s racist attacks on Hot 97.
As a matter of fact they have a whole timeline of racist, sexist,
homophobic, and etc..etc.. list of oppressive antics such as their
SmackFests along with their continuous use of the “N” word. When our
coalition came together, we knew that we were fighting a bigger entity
than Miss Jones. We knew that the DJ’s were the “fallguys” doing the
dirty work for the racist white man at the top. We knew what we were
fighting was white supremacy and we knew that in order to fight, we
had to aim for

What is White Supremacy?

I think long-time Chicana Feminist Elizabeth Betita Martinez has one
of my favorite breakdowns on defining institutionalized racism and
White Supremacy. Read:

“White Supremacy is a historically based, institutionally perpetuated
system of exploitation and oppression of continents, nations, and
peoples of color by white peoples and nations of the European
continent, for the purpose of maintaining and defending a system of
wealth, power, and privilege.”

and she goes on further to explaining the system, “By not seeing that
racism is systemic (part of a system), people often personalize or
individualize racist acts. For example, they will reduce racist police
behavior to "a few bad apples" who need to be removed, rather than
seeing it exists in police departments all over the
country and is basic to the society. This mistake has real
consequences: refusing to see police brutality as part of a system,
and that the system
needs to be changed, means that the brutality will continue. The need
to recognize racism as being systemic is one reason the term White
Supremacy has been more useful than the term racism.”

This is why, we, R.E.A.C.Hip-Hop, knew we couldn’t remove just Miss
Jones and the rest of the “few bad apples”. We had to get to the core.
We had to get at John Dimmick & Barry Mayo at Hot 97, then we aimed
for Jeff Smulyan at Emmis Communications. We took it to the top,
fought the beast, but we were still strategic and personalized these
institutions for the masses to know that these CEO’s are people. They
may seem big, bad and scary cause they have power and money, but
they’re still people. People with families too. I’m sure Jeff
Smulyan’s and the John Dimmick’s of the world have their own homes
with families. I’m sure they might have children, maybe a little girl
who they wouldn’t dare allow them to hear their own racist and sexist
“shock jocks” on air. So, I’m also sure CBS Corporation CEO Leslie
Moonves and Chairmain of the Board Summer M. Redstone have families
too.

This is why, today, 2010 - nearly five years later since our April 4th
Stop Hate 97 Rally at Union Square Park - we need to continue to
fight. Because these beasts like Clear Channel, Emmis Communications,
Fox Business Network, CBS Radio, CBS Corporation and etc, etc.etc,
still rule our air waves and our televisions. They dictate our minds,
our children’s minds, and show no kind of social responsibility
because they continue to hire oppressive shock jocks like Don Imus,
Miss Jones, and Adam Carolla. They instill it, laugh at it, love the
publicity it brings... and shuts it all down when crisis begins and
acts like they have nothing to do with it. Meanwhile Don Imus has
historic racist and sexist comments dating back since 1984, long
before his racist attacks against Rugter’s University Women’s
Basketball team on his “Imus in the Morning” show. Yet, even as he has
already been fired, his name tarnished across America, Fox Business
Network will be bringing him back in April 2010 airing “Imus in the
Evening” ----- That is what I’m talking about!! These White
Supremacists love this! Because they don’t care. All they care about
is money. The money that it brings to them. The power that it brings
to them. As long as it doesn’t affect or impact their pockets, they
don’t care.

First, we must not be afraid. Yes, these corporations are big. And
yes, it may seem like we can’t win such a case. But every little bit
counts, every little fight matters. It makes a difference. And it
reminds us all, including them - that we are all people, and that we
are here. The louder we are, they louder they hear us telling them
that we are strong, that we are loud and that we will fight. And that
their stations belong to us. That they work for us. And their jobs are
to provide us with safe, educational and informative programming, and
healthy entertainment.

Second, we must educate ourselves. We need to understand and be
knowledgeable about White Supremacy. White Supremacy is no joke. It’s
what is embedded in all the systems in our world that divides our
communities. White Supremacy can so easily be hidden that it can
hardly be recognized unless you got the trained eye. It is so
institutionalized in our school systems, prison systems, media and our
government. It has also affected people of color in ways where we have
assimilated into this very system, where we too, perpetuate whiteness
and White Supremacist acts.

After we work on the education - we must prepare, be strategic and
work together to battle against corporations like CBS Radio, CBS
Corporation and others who instill all the isms and phobia’s of the
world. In the words of Godfather of Hip Hop Afrika Bambaataa -
“Organize, organize, organize!”.

So, everyone, stand up with me, write a letter, organize around your
local city, make your phone calls, gather your friends and protest
against CBS Corporation now!

ALSO PLEASE FILE A COMPLAINT TO THE FCC AGAINST ADAM CAROLLA’S SHOW on
KACE through IndustryEars.com

Good points taken. Some additional (possible) strategies: perhaps mobilize internally with POC's who are already working for CBS, ABC, NBC, etc. who can more than likely feed some insider information. In addition, who is the producer who allowed this to air? Who is the head writer? Who is A.Carolla's agent? These are all people who need to take responsibility. Also, many times when dialogue like this is greenlit, there are NO POC's on the production team, writing team, etc. All it takes is for ONE person on the creative team (associate producer, hell, even a PA) to say "That's not cool," for them to pull it before it airs. CBS states (on their "Diversity Initiatives") that "CBS Corporation, and its divisions are committed to building an environment that values diversity throughout the corporation and in its business practices."
If a campaign is mobilized internally at CBS simultaneously while organizing outside, this could expedite the results.

We can rally all we want, but if we don't have people on the inside constantly educating and reminding the head honchos (in media) of what content will ultimately lose huge audiences, then unfortunately behavior like this will continue.

this is good and shows we're still light years away from any equality. i saw hook up with ethnic media sources as well. trusted outlets. use the strength of newspapers.

identify some folks in the Philippines doing great work regarding the type of education we need whether media or development work and add to the demands CBS helps start a fund whether helping more Philippine media organizations or trusted NGO's..kinda like taking the Community Benefits Agreement model on the table.