BakitWhy? Get down to Hip Hip in Metro Manila 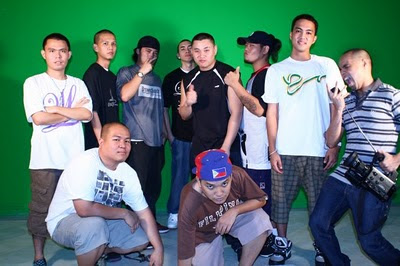 via bakitwhy.com
Get down to Hip Hop in Metro Manila

Pilipino Americans are known to be quite talented and successful in hip hop culture. For street dance and turntablism, it is almost a given that Pilipino Americans are a formidable force. Even for emceeing, in the past 9 years they have been making a big mark on underground hip hop, with top acts like Blue Scholars garnering a multiracial and multigenerational national audience. And it does not need mentioning the strong Pil Am presence in the San Francisco Bay area emcee scene.

But, for Pilipinos in the Philippines, the roles seem to be switched.

During my visit to Metro Manila this July, I was able to interact with a handful of talented Philippine emcees, producers, DJs, and dancers who express the difficulty of attracting a Philippine audience. For them, especially for the emcees, Pilipinos are very skeptical of their hip hop performance. While Pilipinos love hip hop from the States (Kanye West, Flo-Rida, Jay-Z, etc.), they tend to look down upon their own local talent. While rock bands have been a staple to the Philippine soundscape for a while, it has been an uphill battle for Philippine hip hop to gain acceptance. The reasons, of course, are multiple, contradictory, and complicated.

Nonetheless, there is a faithful circle of hip hop heads trying to break into the Philippine music industry, and ultimately to gain global exposure.