All Star DJ Tribute at FPAC

Holy smokes! Yo check the all star cast of talented Pin@y DJs making an appearance at the 17th Annual Festival of Philippine Arts and Culture (FPAC):

Parallel to this year’s festival theme “Our Native Ways,” the Stacksvinyl.com FPAC Tribute to the Filipino DJ hearkens toward celebrating the “original” pioneers of DJ culture and also honoring those DJs who are making an impact on our community. Also called “turntablism,” DJing has much to owe to the Filipino community. Aside from the elite cadre of Filipino American DJ veterans who impacted the DJ scene worldwide, the sheer magnitude of Filipino American DJs is worth celebrating.

During this 17th Annual FPAC we will highlight a few notable DJs who have each brought something special to both the DJ and Filipino American community. 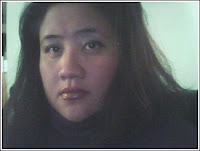 Candice L. Custodio-Tan known as DJ Kuttin Kandi is widely regarded as one of the most accomplished female DJ's in the world. She is a member of DJ team champions 5th Platoon, Founder and DJ for the all female Hip-Hop group Anomolies, Cofounder of the famed NY monthly open mic nights “Guerrilla Words” and Founder of the coalition R.E.A.C.Hip-Hop (Representing Education, Activism & Community through Hip Hop). Djing for over 10 years, Kandi competed in over 20 DJ competitions such as ITF and Vibe. She is the NY Source Magazine DJ Champion and has been the only female DJ to make it to the DMC USA FINALs. 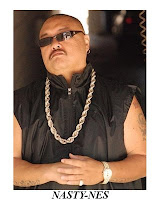 At the age of ten, Nasty Nes moved to Seattle from the Philippines. Beginning in 1980, Nes hosted the first Hip-Hop radio show in the West Coast, "Freshtracks" on 1250 KFOX. Nes' 18 year career on radio has landed him on KFOX, KCMU, KUBE & on KDAY, KMEL. 1985, Nes co-founded, NASTYMIX Records with Sir Mix-A-Lot. Nes is featured on the late Eazy-E single "Radio!" Nes is one of the youngest students at the original Bruce Lee "Jun Fan Gung-Fu Institute" since 13 years old. As an actor Nes has been featured in films, "House Party 4" & "Kung Pow! Enter The Fist."

A major force behind the creation of Southern California's first turntable band, the Beat Junkies, is a multi-faceted musician known to the world as DJ Rhettmatic. Born Nazareth Nirza, his artistic contributions to the music industry have placed him, along with his fellow members of the Beat Junkie crew, at the top of the DJ universe. Rhettmatic also helped founded and is the Dj/Producer for the LA based Underground Hip Hop Super Group, the Visionaries in 1994. 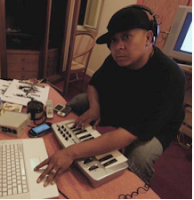 A member of the acclaimed Dilated Peoples and the Beat Junkies, this world renowned DJ is more than accustomed to feeling the expansive power of music at his fingertips. Winning countless DJ competitions in the 1990s such as the DMC Championship in 1997 and multiple ITF titles, Babu has gained the nickname "The Turntablist." Now one of the most respected names in the world of DJs, the battle hardened Babu has set his sights on producing.

Make history! The Filipino Americans in Hip Hop Working Timeline seeks to serve as a historical archive of the participation of Filipino Americans in hip hop culture. As a community-centered project, we encourage you to scribble memories, paint pictures, and add old school flyers, articles, pictures, tapes, vinyl art and other memorabilia to the timeline. (Copies are ok, if you’re unwilling to part from that OG Spectrum flyer).

The timeline will be placed online, and we hope that it will grow as our stories get collected.