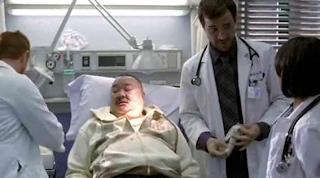 Hip hop pioneer DJ Nasty Nes--the Crazy Pinoy, the better half of Sir-Mix-a-Lot shows, and the first to bring hip hop to the radio on the West Coast--is laying on a hospital bed?

Yes, Nes made his acting debut last Thursday on the NBC series ER. I think he got punched in the face at a club or something, and swallowed his own teeth, yuck.

Anyways, if you want to learn about hip hop history, Nes is the man to go to. We honored him at 17th Annual FPAC last year, but nothing can really measure the impact he has made in the hip hop world. Pre KDAY (a famous hip hop radio station in the LA area; since last year is now defunct), Nes was there pumping rap into Seattle college radio. Pinoy roots in rap foreals.

Prometheus Brown gives us a real Nasty gem with this KFOX Fresh Tracks (1985) mix. As always, Nes provides a hilarious dialogue as he battle scratches with Sir-Mix-a-Lot. Beware, there is a lot of 1980's-style scratching.

Check out Nes's webzine Rap Attack Lives. After many decades of dedication to hip hop, he's out there going strong for the culture. That's what I call the bidness. 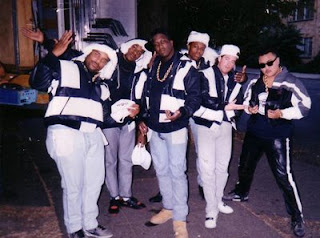