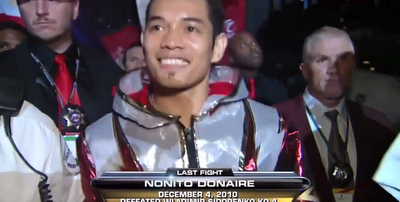 Manny Pacquiao is not the only Filipino boxer taking over the world. Nonito Donaire, the 3rd ranked pound-for-pound best boxer in the world, walked out to Deep Foundation's "Children of the Sun" in his bout with Fernando Montiel (from Mexico) on Saturday. The 28-year old from General Santos (he went to the same school as Pacman) knocked out his opponent in the second round with a powerful left hook.

Perhaps the three weight division champion will soon get the global attention of Pacman caliber. Until then, we love how the "Filipino Flash" reps hard for hip hop and for Fil Ams with his DF tribute! 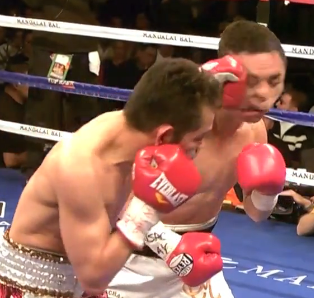 That's not Photoshopped people! That knockout punch is real- live in HD. Montiel's face looked warped like a scene from The Ring, then he commenced to what seemed like a seizure on the mat. 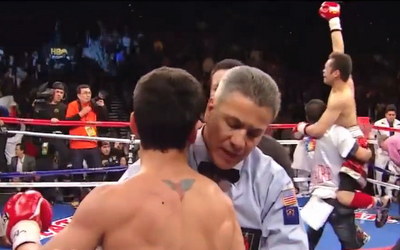 The "Filipino Flash" celebrates, showing love for the lovely and fashionable Pin@ys in the crowd.
---
| More
Posted by MV at 12:25 PM