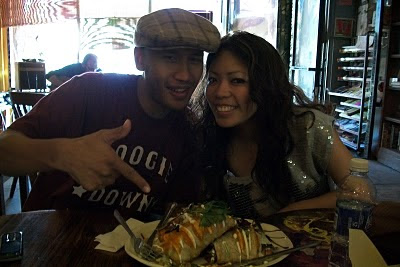 Thanks for everyone who supported Lyrical Empire: Hip Hop in Metro Manila world premiere at the Los Angeles Asian Pacific Film Festival last Sunday! Ya'll showed love, and I want to show love back. I hope everyone enjoyed the series of amazing films.

I had a chance to interview Jerome B. Smooth, who appeared at the festival. Jerome is a DJ personality at Manila's Wave 89.1 and a producer for some of the Philippines' most important hip hop performers. Jerome had a chance to build with Mark Pulido, whose brain is a deep well of knowledge about Filipino American participation in hip hop since the 1970s. Hopefully the connection between Philippine hip hop performers and Fil Ams grows stronger. Let em have it Jerome!