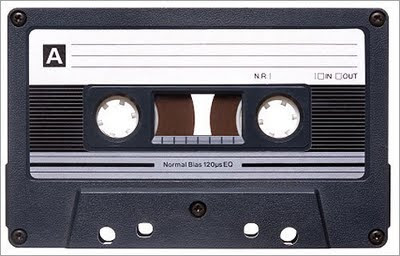 Yo karaoke machine better not eat me.
The mixtape is a lost art. Only a few DJs are still dedicated to the creation of the musical journey called the mixtape, and DJ Mike Rizzy (Virginia Beach) is probably one of the most prolific with the gift, pumping out mixes like every week (or so it seems)!
I already spotlighted Mike Rizzy in May of last year, but since this guy is making new moves with a radio show in Greece (and is my companion as my soundtrack at the gym), I thought it'd be fun to catch up with this VA Beach pinoy.

Here at Hip Hop Lives, the mixtape is an important artifact. For one, it breathes life into older music. If you grew up in a certain generation, then you will likely not hear music from a prior generation unless you 1) listen to an old school-oriented radio station, 2) get lucky on Pandora Radio, 3) are a record crate-digger, 4) or are a mixtape fiend. Mixtapes move you through time and space, they are a collage of moments embodied in a single, coherent form (don't you miss the actual tape you have to rewind?). And DJs who do it right, do it with style--mixing new music with old favorites, providing a theme to all the songs on the playlist, mix-matching instrumentals and vocals, mixing genres, excavating an original song and the hip hop song that samples it, following a popular sample re-used/re-stylized in various hip hop songs (like "Apache" or Betty Wright or that infamous "Buddy" sample)... it's like a time machine decked out with a disco ball on the rearview and subwoofers stashed in the trunk. I'm still convinced that Filipino four track DJs who remixed love ballads with electrofunk/bass beats in the early 90s influenced So So Def All Stars and Destiny's Child.

Nuff a that. Here is Mike Rizzy, the sequel. And if you (the loving reader) have any suggestions on who Hip Hop Lives should spotlight next, I'm all ears (and eyes). You can click on the spotlight label to look at other artists/scholars I've highlighted. 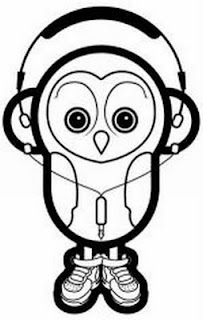 Welcome back to the funk, Mike Rizzy. In our other interview, we talked about the Virginia Beach scene a bit since here at Hip Hop Lives, we make it a mission to highlight a non-West Coast Filipino experience. How is VA Beach nowadays? Whats your thoughts about the crowd and music there?

There's definitely a big difference to the scene in Virginia Beach now than say 5 years ago. I'm thankful I came up when I did and got to experience real hip hop at it's peak. Nowadays people don't even party with the same energy. A lot of it has to do with what's on the radio though because how many songs out now are actually 90 bpm's (beats per minute) or higher? So everything's too slow and gets boring. That's why I envy cities that can constantly do 80's or 90's parties. In Virginia Beach it's all business and most club owners don't want business from the hip hop crowds.

You seem to be pumping out these new mixes every other week, man! What inspires you to make them? Who are some of your favorite mixtape DJs?

The music I play inspires me. I don't make mixes just to play what's hot or to please any crowd. Everything I play is all about my personal taste and the type of music I enjoy listening to. I'm just trying to reach everybody that enjoys the same thing. I can't really fall into trends because it all gets old fast and there's no heart in it, but genuine soul music is timeless. I've been inspired by a lot of mixtape DJ's. Dirty Harry i've always been a big fan because his mixtapes are like movies. More of the old school DJ's like Rello & Jadel, Clue, Mister Cee, Ron G, Premier. New school I listen to J Period, Neil Armstrong, Mick Boogie. The mixtape game definitely isn't what it used to be though.

The internet changed the mixtape game because the market just became flooded with mixtapes. Suddenly everybody's a DJ but most of them don't even mix. They just play songs and exclusives. Neil Armstrong's dope because of his creativity. All of his mixes carry on a certain theme. It's not about what's new or old it's all about your song selection and how you put it together. If you put your heart into your work it definitely shows. I take a lot of pride in my song selection and I can say you'll never find any filler tracks in any of my mixes. I get emails from all over the world and not once has anyone bashed my song selection so hopefully i'm on the right track.

You have this radio show in Greece called the "Get Fresh Mix Hour." How did that happen and how has that experience been? 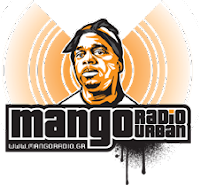 Basically the main DJ at Mango Radio Anastasis just emailed me and asked if I was interested in having my own slot and of course I agreed. I'll pretty much play anywhere I won't be restricted to a certain play list. It definitely is opening me up to a whole new European audience. I'm just glad to be able to expose more people to good music that they normally wouldn't get a chance to hear. I've also been able to learn from them and more about their style and what they're into.
I listen to a lot of the other DJ's on Mango Radio and what I respect about the Greek DJ's is that they support a lot of their local acts and throw them in their mixes. But for the most part they play the radio hits from here which is why I'm grateful that they let me do what I do. I sound like nothing else on there and try to show them we have so much more to offer beneath the surface. I still don't really now how they found me but I'd love to do shows for anybody that would listen really. I'd love to do something for the Philippines if I got the chance. I might have to talk to Christine Gambito (Happy Slip) about that one haha. I catch TFC sometimes and it upsets me because it seems like all of their shows are just knockoffs of ours here in the US. I think to myself how are we going to get respect from other regions if all we do is copy everybody else? That's just my humble opinion though.

You recently dedicated a mix to Virginia's own Nottz Raw. You say that Nottz is your favorite producer from Virginia. What qualities do you like about his music? Why do you think Virginia is not really seen as a hip hop state? 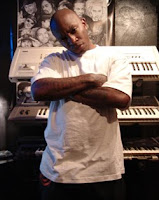 Nottz just really gets it. He really understands what hip hop is about and he doesn't compromise his sound for anybody. I remember hearing an interview from him and he said that's what J Dilla told him to never change for anybody. His drums and bass lines really just hit you hard. Also the way he chops samples. I'm always going to be biased to sample based producers because sampling is the backbone for the hip hop sound.

Honestly I'm not really sure how Virginia is perceived because I'm on the inside. Musically we have Timbaland, Neptunes, Nottz, Bink, Chris Brown, Trey Songz, Clipse, D'Angelo, Skillz, Teddy Riley spent a lot of time here. If we're not known for hip hop and soul music what are we known for? Better yet you'd be hard pressed to find a region that's had a bigger impact on hip hop sound especially on radio in the last ten years or so.

You seem to put a lot of Little Brother in your mixes. Why do you admire this group so much? 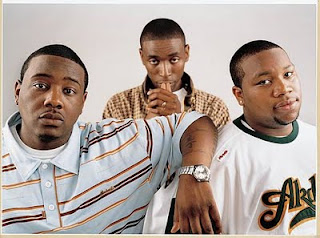 Little Brother carried the tradition of the golden era and stood for everything I love about hip hop. They followed in the footsteps of Tribe, Pete Rock & CL, Gangstarr where the DJ/Producer was just as important as the MC's. They just came out at the wrong time when everybody started downloading but if you make heartfelt music people will continue to rediscover it. As a DJ it's my job to educate people to appreciate good music and keep it going.

As we talked about before, you are a part of a group called Kuya Tribe Productions. How is the group doing? Do you all still spin as a crew? 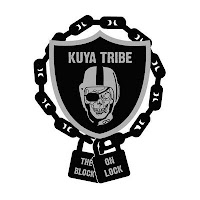 Everybody's still doing their thing individually, and yes we still spin as a crew just not as much as I'd like. The main reason is because most of the spots in Virginia Beach don't want anything to do with you unless you play top 40. I hear from my peers all the time how they hate playing what they do but have no choice. I'm sure the economy has a lot to do with it but I refuse to go that route. If you just play what's on the radio nothing is going to separate you from the crowd.

What did you have for Thanksgiving?

The usual fried turkey, mashed potatoes, stuffing, green bean casserole, etc. I actually didn't have any rice at all. No lechon or anything. Straight American style haha but it was great. Still trying to lose that weight.

Nice site here fil-am funk..speaking of mixtapez you can check out manila dj Dj Arbie won, he's got a blog up here too.