Remember this song? Did you know DJ Rhettmatic was a part of the group, Brotherhood Creed? A man of many affiliations I suppose. And interestingly, that's the Cerritos Mall that those folks are housing (the dance) in.

I'm telling you, the early 90s is coming back. The late 80s (via Kanye 'n em) is already here (minus the biking shorts), but can't wait till the Jnco, Cross Colors, unstrapped overalls come back. And those round glasses with the shades that flip up.

Now to the point of this post. I was listening to Cerritos All Stars Live Mix Show the other day, and they played a couple of songs with Betty Wright's famous "Tonight is the Night" sample. One of the songs was Brotherhood Creed's "Helluva," a Southern California jam back in like 1990 (?), not to be confused with "Heluva Good" the dip.

Anyway, immediately after "Helluva" they played another song, and I can't figure out the artist. Like "Helluva," this song uses Wright's "Tonight is the Night" sample, but its a new song that came out very recently. Help me figure out who.

I thought it would be fun to try and list all the songs out there that sample the ever-so-popular "Tonight is the Night." Could it be the most sampled song (not artist) out there (Planet Rock should be somewhere up there)?* Whatever the case may be, help me "chase Betty" and add to this list... 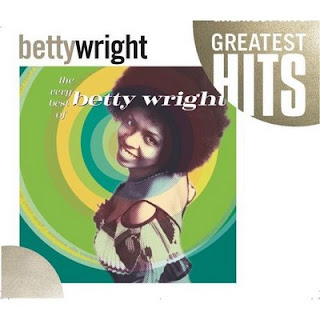 "Chase Me"
Hip Hop songs that use "Tonight is the Night" samples:

On a related note, I interviewed Ty (I hope that spelling is correct) from Brotherhood Creed back in 2006 in front of Zentro Bistro (now the O Bar) in Cerritos during Mark and Gloria Pulido's "Old School 80s" wedding anniversary jam. Below is an excerpt from that interview. Ty talks about Filipino involvement in the hip hop scene in Cerritos, the forming of Brotherhood Creed, and Miss "Helluva" Mexipina in the video! Try not to mind the crazy drunk 80s-generation Pin@ys in the background.

And the grand prize goes to anyone who knows where Miss "Helluva" Mexipina from the video is nowadays? Start searchin...
---
*I take that back. "Apache" is probably way up there.
| More
Posted by MV at 12:13 PM

Hey Mark i am a student at UIC under instructor Cheryl Hitosis, and i am doing a research paper on Hip-hop and Fil Am. i was introduced by Cheryl, and i read a couple of your posts. They are helpful, but i wonder if i can contact you through email to have more questions.

yo wat up peoples. i could be mistaken but helluva and on a sunday afternoon do not sample betty wright's tonight is the night. that sample is from the young rascals titled groovin.

yo wat up peoples. i could be mistaken but helluva and on a sunday afternoon do not sample betty wright's tonight is the night. that sample is from the young rascals titled groovin.

you're right (I think). I wonder if Betty Wright preceded Groovin. They have the same melody. Whatever the case, somebody sampled somebody, even those bands/Wright. Thanks for the check.

This song sampled Young Rascals "Groovin'". The birds in the background is the telling card.