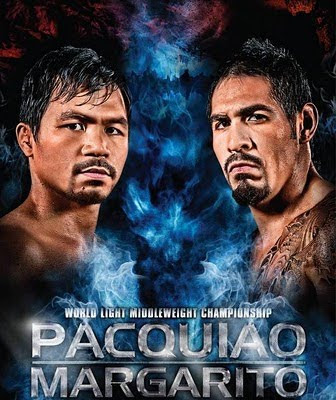 Ready for the Pacquiao vs. Margarito fight this Saturday? Will the congressman defeat the Master Plaster? Patis or Tapatio?

The match this weekend is a good opportunity to explore the Filipino-Mexican connection, a growing scholarly topic, and a visual and cultural "common sense" among many Filipinos and Chicanos in Southern California. One scholar is doing interesting work on looking at Filipino and Chicano emcees and their political messages relating to homeland and diaspora.

The upcoming boxing performance echos the influence of "real" performance traditions between Mexico and the Philippines, with the latter as "New Spain" working as a colonial mediator to the far-off Spanish island colony. Here is an excerpt from Palabas: Essays on Philipine Theater History (1997) by Doreen Fernandez, a book that outlines various Philippine "performance" traditions, ranging from precolonial rituals to Philippine theater in the 1980s. (I suppose it is up to one of you to write a book on hip hop traditions in the Philippines.)

"During much of the colonial period, Spanish culture was introduced through Nueva España (Mexico), from where the Philippines was ruled by Spain through the Ministro de Ultramar. Soldiers of Adelantado Miguel López de Legazpi in the late sixteenth century are believed to have been the ones who brought over from Mexico the metrical romances of chivalry and of the lives of saints and martyrs, which were popular in their day and which, in indigenized form, became the native awit and corrido" (5).

Oh! This explains the whole champurrado/champorado thing! We all just one big chocolate mix. Well, of course Mexicans use the corn/masa, and the Filipinos, rice. And according to some recipes, the Mexican champurrado is served with alcohol. 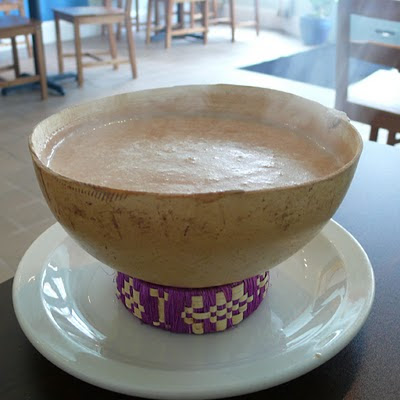 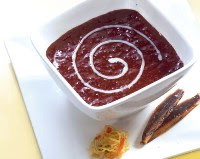