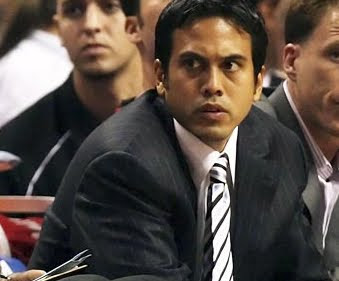 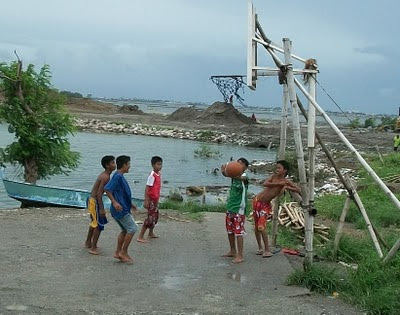 Photo taken by me. Cavite athletes got soles for the game. 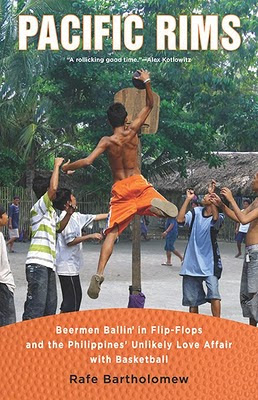 Basketball in the Philippines? The Philippine Basketball Association is the second-oldest professional league, next to the NBA? Rafe Bartholomew lays it all out in this brand new, entertaining, and well-informed book.

Benito Vergara, the "Wily Filipino," despite his b-ball maladroitness, testifies to the broad significance of Bartholomew's writings. The book goes beyond basketball and seeps into the most intimate Filipino ways of living-- whether shown in politrickin loyalties, cultural idiosyncracies, or otherwise.

Here is an excerpt from Pacific Rims on one way Filipinos mastered the sport in their own way:

"Well, Filipinos have turned the circus layup into an art form. While many Filipino players are graceful leapers with hang time to spare, when they're five-foot-six, even great hops aren't enough to dunk. So the body-twisting, triple-clutching, no-look, seemingly impossible layup has replaced the dunk as the measuring stick of basketball artistry. Even in semipro and professional games, players will execute these tricky moves when there are no defenders around, just to please the crowd."

The NBA is probably the most visible pronouncement of Black life (masculine at that) for Filipinos, with hip hop being a second popular site. In a region where skin-lightening is an unquestioned practice (even for men), the rabid love for the (very Black) NBA comes at a curious intersection. (Hey, the Philippines and U.S. don't seem to be too different after all!) The veteran Philippine hip hop group the Legit Misfitz combine the two cultural resources of b-ball and hip hop in their famous song "Air Tsinelas." Rock dem flip-flops and pull off dem trick shots!

Speaking of basketball and hip hop in the Philippines, here's a clip of Masta Plann's fashionable influence on the PBA, which I've shown you before. Shaved heads not just for the ex-cons no mo!

Masta Plann on shaved heads from Mark V on Vimeo.