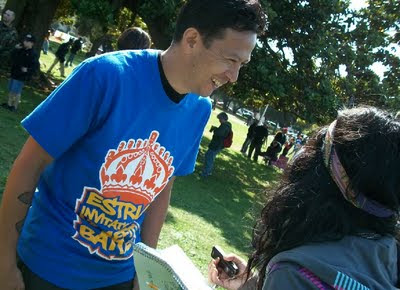 The legendary Estria being interviewed at the Estria Invitational Graffiti Battle
Only in Oakland, CA can a special event like the Mighty 4 11th Anniversary and the 3rd Annual Estria Invitational Graffiti Battle (and here) happen so beautifully. This past Saturday, October 10, hundreds if not thousands of hip hop and skate enthusiasts of all ages, all colors (but a mostly Black and Brown crowd) enjoyed the lovely East Bay weather at DeFremery Park, and of course partake in some colorful, genuine, 100% hip hop culture. Only in Oakland mayn!

Here's some pics and vids of the event: 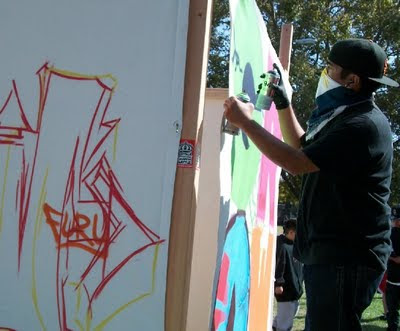 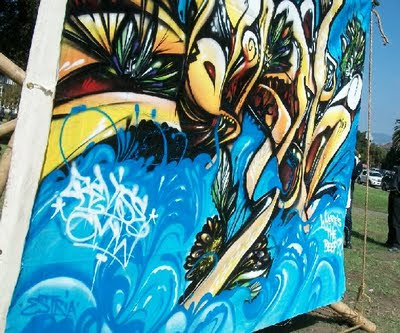 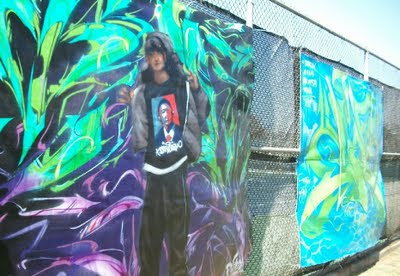 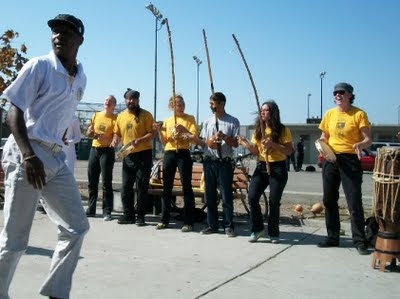 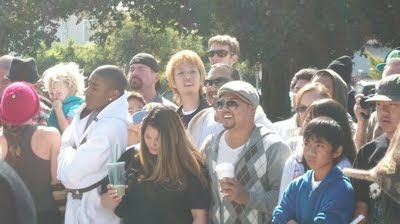 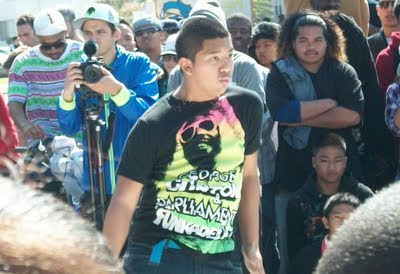 What's a pop battle without a Joey Guila sighting? 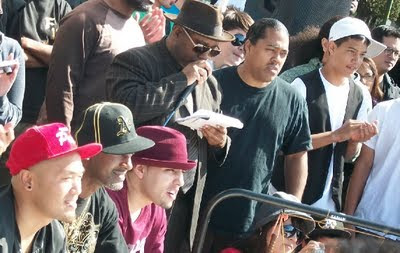