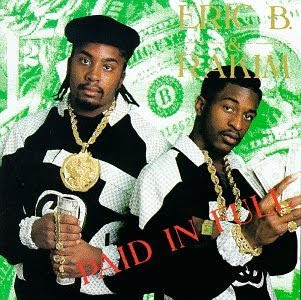 Eric B. and Rakim
Paid in Full (1987)
This is the duo's first studio album, inaugurating the Golden Age of hip hop (when going gold was a respected standard of success) with that b-boy, sample-based sound. James Brown's breaks are reinvigorated in this audioscape. Notice the DJ is still central here. 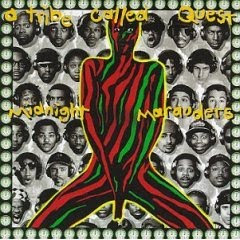 A Tribe Called Quest
Midnight Marauders (1993)
This album is in line with the Afro-Humanist vibe of the early 90s, and came out at a time when hip hop's Westcoast beef would start to heat up! The sounds are a bit more experimental than in the 80s. And where did the DJ go?? 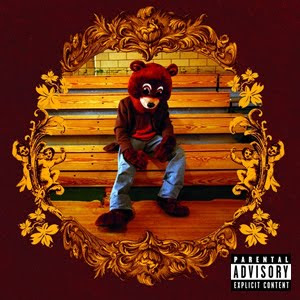 It's a bit premature to know a notable 2010 album, but Jay-Z and Alicia Key's single"Empire State of Mind" has been making a killing and paints a good sense of rap on the radio today. Not too drastic a change from 2004! Right?

The 2000s saw the coming and going of hyphy, the rise of Southern crunk, the return of Chicago (with Kanye and Lupe Fiasco, for example), ring-tone rappers, auto-tune, and the dominance of strip club-themed music.

Do you feel that the span between 2004-2010 saw much of a difference in the transformation of hip hop music as between 1987-1993?
To those who have been following hip hop made by Fil Ams, Blue Scholars' first album came out in 2004! Bambu's album Self-Untitled came out in 2003! How you like that??