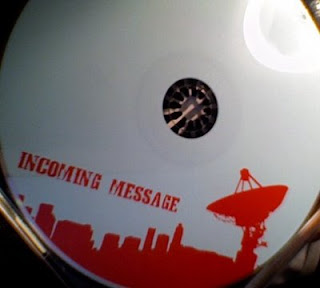 I called it: At the rate he's moving, Son of Ran will be a formidable power player in the big world of independent the hip hop. With the mighty Messengers, Son of Ran scores a huge win with his latest album Incoming Message. The album--reflective of Ran's lyrics--is spacey and psychedelic, but clever and sharp. The way Ran delivers his rhymes is really incomparable. Ghostface? Maybe. It doesn't really matter, because he is bravely carving a fresh new imagery and sound that serves as an asset to the quality of his flow. This isn't your typical rap, this is straight up lyricism. 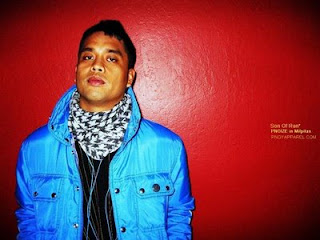 Son of Ran photo for PNOY apparel
The San Diego to East Bay migrant lays some serious tracks down in this sequel to his first album: the funky, raw, and biographical (and free via download) Tribute to Sky City (2006). Incoming Message takes Ran's knack for vividness to the next level. With lyrics like "caterpillars cocoon and moon gutters" on top of a godzilla-like sample track, man, can't get any more weirder than that. But that's why its powerfully poetic.

The "Intro" track to the album tells Ran's quick bio and narrates some pretty inspirational themes. Check it:

"Son of Ran,
Born in the year of the gorilla
Is a world-renowned MC
And one of the brightest stars on the horizon.
Notorious for a phenomenal display of style
And perhaps one of the sharpest
Pin-point deliveries the game has ever seen to this day.

See, over the years
He has developed a fine-tuned balance
Of street science, intelligent soul, and spiritual and socio progression
In his approach to hip hop music.
And while the mass of MC artists proceed to swim
With the current trends of radio rap,
He has always exhibited the highest form of discipline
By staying true to himself.
Oftentimes referring to God, family, common life experiences
And his own personal reflection.
He aims to place emphasis on pure skill and creativity.

Despite his increasing popularity
Forever healthy buzz in indie hip hop,
Son of Ran has somehow remained purely undetected by
Mainstream radars.
In 2006, we witnessed the flashflood release of the Sky City classic,
An album that would elevate Son of Ran
To the upper ranks of his bracket.

Thus, a legend was born
And subsequentially, the universe would switch up to righteous
And the galaxy would never be the same.
In the beginning of two-double-O-seven,
Ran shook away from the music scene to return to his passion of teaching,
And most importantly, he met his soul mate
And immediately made plans to marry the love of his life,
His future wife.

Still, feeling as if his music mission was incomplete,
Son of Ran would scour the landscape
And redesign his whole mode of operation,
This time searching for new producers,
And more specifically, a challenge to himself
To become the illest on the bricks.
Now, combined with the genius mastery of the
Mighty Messengers crew, Treeson, Pablito,
Along with Strongwill, and DJ Virus,
We are pleased to introduce to the world
The very first wax that a match cannot burn.
The next street classic:
The Incoming Message."

Also, VIMBY interviewed Son of Ran in Pasadena at the Terrace. Good stuff, peep it (with Bambu cameo):

Finally, here is the music video for one of my favorite songs on Incoming Message, "Street Runners". Peep the cameo of Kevo from the Main Ingredients at 2:04, with the Jacksonville Main Street bridge in the background. Kinda funny.

Don't get the message twisted, Incoming Message is a must have in your collection. Show love.
| More
Posted by MV at 12:22 AM